This young Kilkenny crew will learn fast how to cope 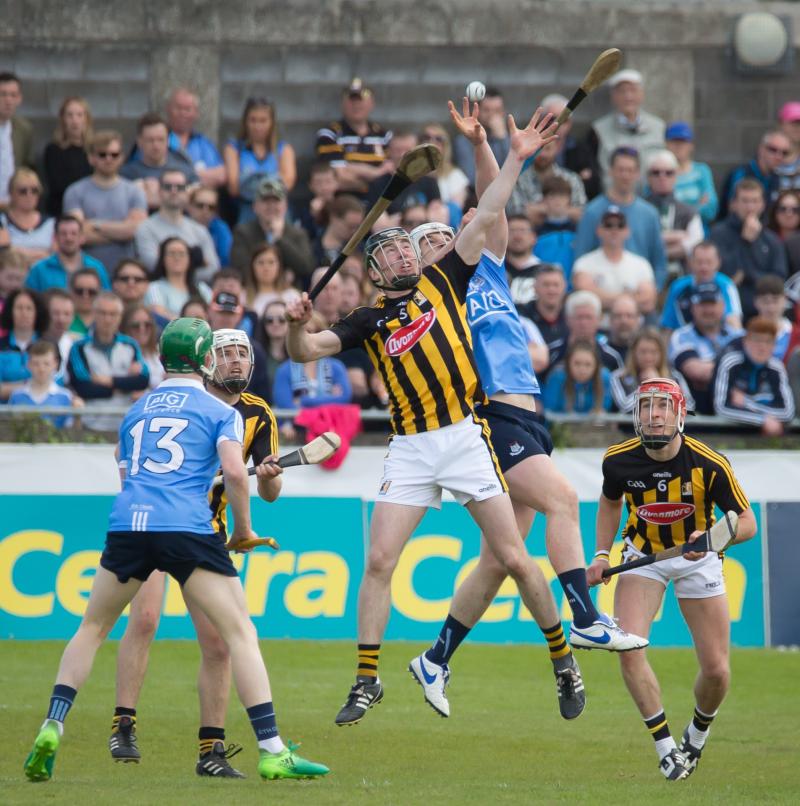 So here we are. The GAA summer arrived breathing fire as far as Kilkenny hurling fans were concerned.
For hurling and football folk, this is the only time of year that matters and the fortunes of their county is the hot topic of conversation, and will be between May and August.
Dublin and Kilkenny hope their hurling summer will be long, but simply surviving a Leinster senior provincial championship full of landmines remains the top priority right now.
The counties clashed on Sunday knowing a win was the only real option. A defeat would heighten the pressure going into the next round.
Before we survey Sunday’s events, it would be worth discussing Kilkenny’s first opposition of the campaign.
Dublin were, to a large degree, an unknown entity ahead of the Parnell Park shoot-out. As their new manager Pat Gilroy settled into the role as bainisteoir, he had to contend with the prolonged absence of the Cuala players, the county champions, who were navigating their way to a second successive All-Ireland club title.
Gilroy had a great opportunity to experiment with new players and formulate a game plan with his tactically astute right hand man, Anthony Cunningham. Cunningham cut his teeth at inter-county level with Galway, where he masterminded that infamous victory over Kilkenny in the Leinster final of 2012.
So it would be fair to say he knows a thing or two about bettering Brian Cody and his teams. A valuable voice in the Dublin dressing room.
Both Cunningham and Gilroy come from football backgrounds, but that just might work in the Dublin hurlers favour. Sometimes a fresh pair of eyes and different approach can construct a brand new way of playing and breed success.
There has been a lot of chopping and changing in the Dublin panel, as well as a lot of returns. Conal Keany and Danny Sutcliffe, who had opted out of the team for the last couple of years, have come back into the fold.
However young the Dublin team may be, it is always important to have players of this quality available. There have been some big departures. Peter Kelly, a faithful servant of Dublin, retired.
One remembers 2013 and how important he was to the Dublin defence. His departure was a huge loss.
For Kilkenny, Dublin were going to be a potential banana skin.
The Cats know all the dangers surrounding Parnell Park. The pitch is closed in, which does not suit teams who like a more open contest....teams like Kilkenny.
Brian Cody opted to stick with pretty much the same team that won the National League final. There was one change. Ger Aylward replaced Alan Murphy.
The weather was ideal for hurling on Sunday. Dublin won the toss and opted to play with the wind.
It clearly worked to their advantage. Dublin were well and truly up for it. After Eoin Murphy shot Kilkenny’s opening score from a free, Dublin charged up the field and scored the first of their goals via Paul Ryan.
As far as Kilkenny’s seven debutants were faring, John Donnelly was really burning up the Parnell Park terrain. He was matching his marker, Chris Crummey, in the physicality stakes and he went back from nothing.
That is something Brian Cody will take note of when formulating a team for the next day: Offaly in Nowlan Park on Sunday.
Bill Sheehan also showcased his pace and his ability to create chaos. Kilkenny’s overall impact as an attacking unit was stifled by an impressive Dublin defence.
The Dubs had a sweeper operating between their half and full back lines, but it was their sternness and organisation that seriously impressed.
They targeted T.J. Reid, Kilkenny’s talisman, and stifled him so he could not have as much influence on things off the ball. It also made it harder for the other forwards to create their own scores.
Luckily for the visitors there were an abundance of frees being conceded, so T.J. was able to contribute handsomely to the tally.
The half time score read: Dublin 2-7, Kilkenny 0-9.
For the second half Kilkenny introduced Conor Fogarty in place of Martin Keoghan. One felt for the Tullaroan man. He was very impressive during the League but this time the action, the demands were different.
There is no doubt but his time will come.
Anyway, Kilkenny began to rally as the game progressed. A John Donnelly point was soon followed by a point by James Maher.
The highlight of the second half would come soon after that, when Richie Leahy pulled on the ball on the ground right into Walter Walsh’s paw which he dutifully sent over the bar.
We are rarely treated to ground hurling these times, but it definitely still plays a key part in hurling .
Kilkenny fans were probably wondering whether they would see the returning duo Paul Murphy and Colin Fennelly. They did.
Colin Fennelly added a little freshness and upped the danger level in attack, while Murphy’s introduction steadied the defence.
Going into the closing 10 minutes it appeared that Dublin still held all the aces, and it would take something special from Kilkenny to rescue a result.
The substitution of the injured Conal Keany was a factor in Dublin losing their way.
But we really should start to expect that the Cats can always produce the goods when the need is greatest. A goal from substitute Liam Blanchfield earned his team the two point victory and the all important two points up for grabs.
After the high of the National League victory wore off, there was still an air of skepticism over whether ‘new Kilkenny’ could cope with the fire and brimstone of championship hurling.
Judging by Sunday’s stirring effort and uplifting result, they have the ability to learn fast.