Hammer heroics could help clubs nail down the county crown 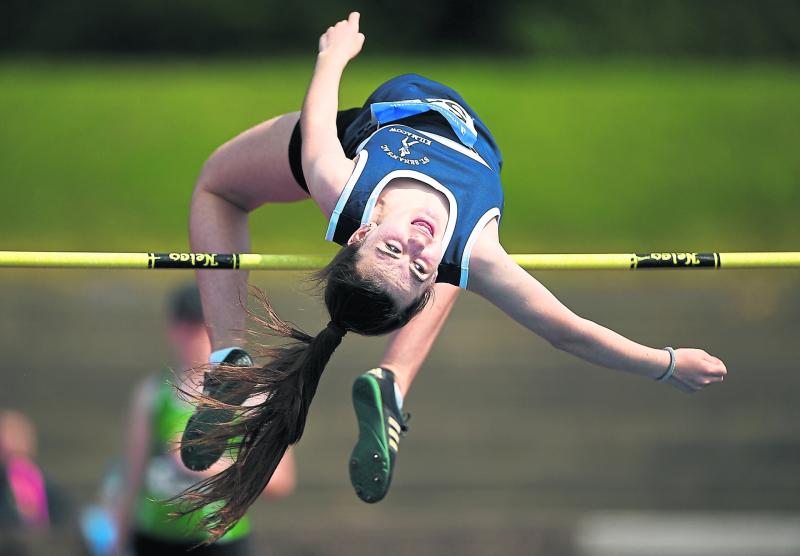 Saoirse Allen (St Senan's AC) in action in the high jump during the girls under-15 multi events at the Irish Life Health combined events at Morton Stadium. Picture: Harry Murphy/Sportsfile