No surprises as Kilkenny Cats come up short in Salthill 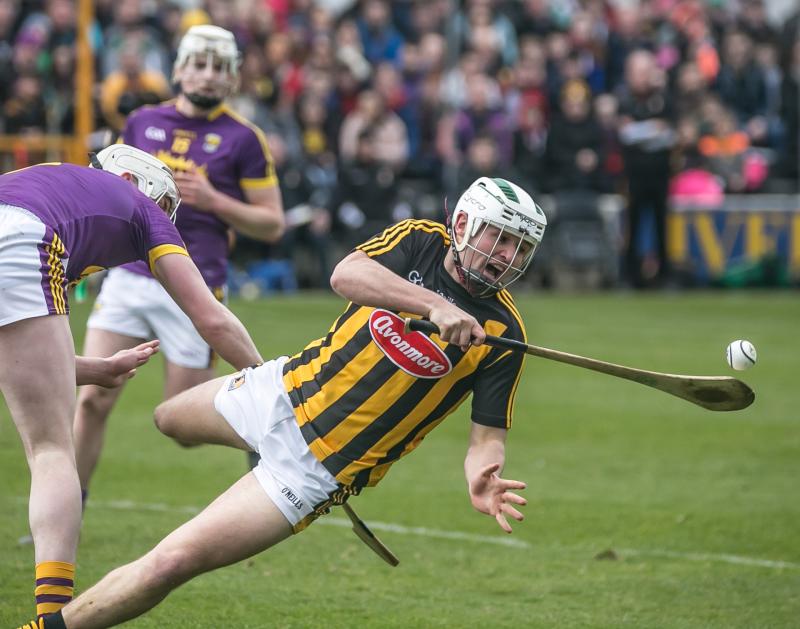 Padraig Walsh was a top performer for Kilkenny

Nothing to worry about. Really... Well, okay, plenty of small things to worry about.
However, in big-picture terms, Salthill last Sunday threw up very little in the way of surprises.
Common sense insisted beforehand that, facing a bigger, stronger, more experienced team, a team that just happened to be the possessors of the MacCarthy Cup, a Kilkenny outfit with six first-season starters were always going to be up against it.
Common sense was correct. Galway simply ground the visitors down with their blend of physical force and poised hurling, then kept grinding. This was an arm-wrestle of an encounter. Unfortunately for the men-children in stripes, it is in the nature of arm-wrestles that victory goes to the guy with the stronger and better muscled arm.
Daithi Burke on Luke Scanlon for Kilkenny’s penalty, for instance. No messing or second-guessing there. Get the hit in, stop the other guy, take the card.
It was exactly what Noel Hickey or Jackie Tyrrell would have done a few years ago. But on Sunday the Hickeys and Tyrrells – and the Michael Fennellys too – were the ones in maroon and white.
No biggie. These are the cold facts of life that obtain when a team is at the point in its cycle where New Kilkenny find themselves right now. They are where they are. Against any other county their physical failings wouldn’t have mattered, and that should come as some consolation. Next ball. Next match.
No point from play
That Brian Cody’s side failed to land a point from play in the second half, and that the only score they managed from play in the same period arrived in the fourth minute of injury time, constituted a disappointment nonetheless.
While this was an unavoidable and long overdue defeat to Galway, Cody would have expected more from his forward line and he would have been entitled to do so.
In such circumstances the losers are often deemed to have “brought a knife to a gun fight”.
Here it was more that Kilkenny brought ash plants when they needed to bring battering rams. Walter Walsh did what Walter Walsh does and did it well. However, against the current Galway defence at least three Walter Walshes are required. They’re that physical, that strapping, that forceful. As for their forward line, it’s not so much a forward line as a mountain range.
Compressing the game against the wind, as the underdogs had done in the first half, is one thing. Being expansive with the breeze behind them proved to be quite a different thing, however. Diligently though Walsh laboured, Kilkenny lacked both the heft and the imagination to lay a glove on the Galway defence on the resumption. With T.J. Reid closed down, nobody else had the wherewithal to make a difference.
Misleading Slant
And that was pretty much that. Walsh’s goal gave the scoreline a misleading slant. As with the 2016 All Ireland final, moreover, how much worse would the damage have been but for Eoin Murphy?
Last weekend Kilkenny finally got a look, up close and personal, at the All-Ireland champions. If it turned out to be rather too close and personal for comfort, such a purgatory was going to have to be endured sooner or later.
Now they truly know what they’re dealing with - and it’s daunting. In one sense, indeed, Cody’s problems may only be starting. What if the counties meet again in the provincial final? Where does he begin?
A fit Richie Hogan would be a starting point.