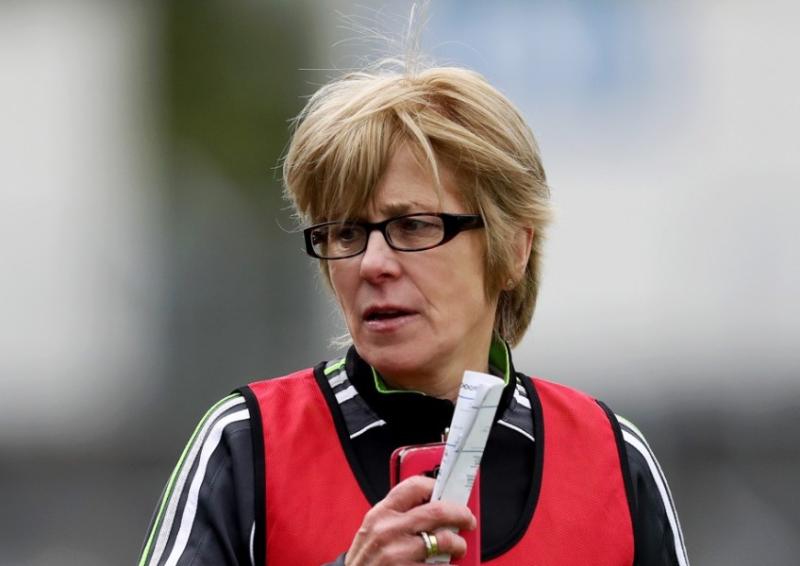 Ann Downey may have enjoyed a lengthy unbroken run in the Kilkenny team as a player, but time served is no guarantee of a place on the team on her watch as manager.

It was Downey that introduced many of the current squad to the inter-county scene while they were still teenagers during a previous stint as manager. They reached the All-Ireland final in 2009 but were too callow and Cork were comfortable victors.

Collette Dormer was already an established member of the line-up though and played at left half-back on that occasion.

She endured the pain of defeat on the biggest stage on two more occasions before finally experiencing the other end of the emotional scale in 2016.

A consummate defender, the Paulstown player combines speed, stickwork and stickiness to frustrate her opponents.

Despite all that experience and undoubted quality though, the dual All-Star has had to bide her time on the bench at stages in the past 18 months. And displaying commendable team ethic and lack of ego, it is something the 29-year-old has accepted, knuckling down in a bid to be ready for when another opportunity presents itself.

For just as she did in 2009, Downey has rewarded with performances. If someone is unavailable, another player gets a chance. If they do the business, they keep the spot.

Thus Dormer missed a number of Liberty Insurance All-Ireland championship group games and the quarter-final in 2017, making it back in for the semi-final, while she only came in right at the death in this year’s dramatic Division 1 League final defeat of Cork.

“You put your head down and focus on getting back into the team,” asserts Dormer, who is in her 12th season at senior level with the Cats.

“I got injured in a club game last year (with a hyperextended knee) and it was hard to get back. That’s a good way for a team to be, you’re fighting for your place and you’re not guaranteed the jersey. It’s good competition.”

It would be a waste of time complaining to Downey anyway, you suggest. Dormer giggles at the very notion of it.

Last year, Danielle Morrissey established herself. This year, another teenager Aoife Doyle has been a revelation. Meanwhile, cruciate ligament victims Edwina Keane, Kelly-Ann Doyle and Niamh Deely are back in the fold. It all makes for an extremely deep squad.

The mood is good as they build on a third consecutive Division 1 triumph. Their opening 20-minute period in the decider, as they moved eight points to no score up on the All-Ireland champions was their best period of sustained play they have ever produced, but it wasn’t sustained enough, as they held on by just one.

“I only came on for the last minute, so I didn’t play too much and watched most of it! It was a game of two halves. The girls got a great start but Cork were able to adjust, use their experience to turn it around in the second half and we were just very, very, very lucky at the end.

“Everything went well for the girls but it’s just a matter of being able to do it for a bit longer than 20 minutes. You couldn’t have dreamed the first 20 going that well. But Cork were able to adjust, use their experience to adjust on the field and turn it around in the second half. We just want to push it on now for the whole hour.”

The two sides have such a rivalry now that Kilkenny knew Cork were coming. There was no shock in that.

The relationship has been spikey at times as the rivalry intensified in recent years, but the level of respect after that game in Nowlan Park was notable. Cork midfielder Ashling Thompson referred to the tension that had existed in the past but maintained that had morphed into mutual admiration.

Dormer has no problem praising the Rebels’ strengths. This could be the Madrid Effect, as a result of the inaugural Liberty Insurance All-Stars Tour.

“You know what Cork are capable of and they can turn it around in any minute of the game. You do respect that and the experience that they have. The All-Stars tour definitely helped girls understand and we’re all the same once we cross the white line.”

Crucially, that won’t mean there will be any dilution of intensity should they cross swords once more. But there is a lot to take place before that might happen.

First up are Limerick in Bruff this evening (5pm) and Dormer and company need no reminding of what the Shannonsiders bring, having inflicted the only defeat on Kilkenny during the victorious League campaign.

“They beat us in Kilkenny during the League. They’re such a strong team and we’ve always had battles with them down through the years so it will be a hard game when we go down to Limerick.”

Niamh Mulcahy is the Limerick spearhead, their most consistently dangerous player. Dormer has had the pleasure – not the word she would use – of marking the Ahane great.

“One of the toughest players you’ll ever go out on the field against. She’s a huge leader for Limerick so she’ll be one to watch for sure. A few of the younger girls have won a minor All-Ireland too so we know there’ll be a lot of players to watch.”

The ultimate aim is to bury the memory of last year’s injury-time loss to Cork in the All-Ireland final, without ever looking too far ahead.

The immediate target however is to get over Limerick and for Dormer, it is to get back into the first 15. An architect technician, her preparation has been helped considerably by moving to Waterford from Cork last September to work for Diarmuid Reil Architects, leading to a significantly reduced commute for training.

That should enable Kilkenny and opposition forwards to see the best of her. And that, will be very good indeed.