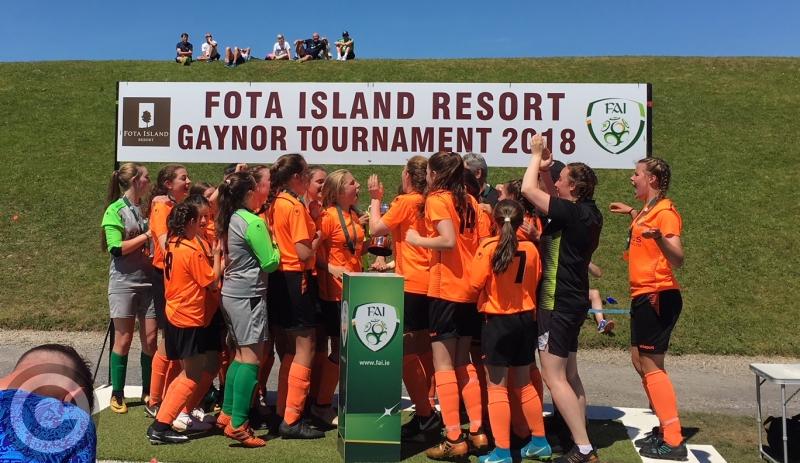 There was Gaynor glory for the Kilkenny & District League as their under-14 girls’ team were crowned Cup champions on Sunday.

A superb strike from skipper Ellen Molloy was the difference as the Cats withstood a strong Midlands League challenge to get their hands on the silverware.

Molloy picked the perfect time to give Kilkenny the lead, scoring just before half-time after a booming Freya De Mange corner broke her way at the back post.

Despite the searing conditions Kilkenny basked in the searing sun at the University of Limerick. They had their work out to withstand the Midlands’ attacking presence in the early stages, but a rock-solid defence featuring Amy Clifford, Chiara Cardillio, Cliodhna Murphy and Ellen Lawlor kept the Midlands at bay.

The second half saw Kilkenny stay in control. With Lucy Walsh and De Mange helping to contain a dangerous Midlands midfield until they held on to their lead to cap a fine series of performances throughout the tournament.