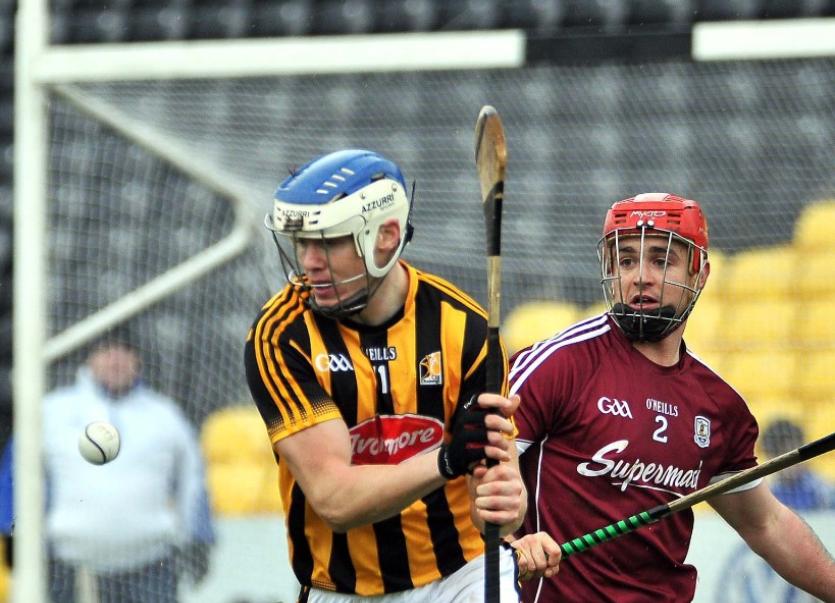 T.J. Reid shot the equalising point for Kilkenny in the 71st minute

When a short Kilkenny puck-out went wrong in the 67th minute and Joseph Cooney snapped up possession before shooting Galway 0-18 to 0-15 in front the defending champions looked destined to claim their third Leinster title and put wins back to back for the first time.

However, Kilkenny did as they had done all afternoon - they dug deep for effort and they came up with one last big one.

Sub John Donnelly posted a reply to Cooney’s effort within a minute. Then sub Richie Hogan drilled a cross field ball from the right at the Hill 16 end to wing-back, Enda Morrissey, who pointed from 60 metres.

The rescue act was completed by T.J. Reid in the 71st minute when he converted a free following a foul on Donnelly.

The replay will be in Semple Stadium next Sunday as Croke Park is ruled out because a Michael Bublé concert is being staged there.

There was never much between the teams as the challengers put Galway under serious pressure from the start. The Cats led by the minimum (0-8 to 0-7) at the break.

That late three point divide was the biggest of the match as the teams shared parity five times in the second half, and 10 times in all.

Breeze backed Kilkenny opened in promising fashion with Billy Ryan and Walter Walsh getting early shots at the Galway goal.

It set the trend for a half during which the Cats worked their socks off and took the game to the champions, but poor finishing - 7 wides by the break; 4 for Galway - meant hard work didn’t always bring returns.

Galway opened the scoring through Conor Whelan in their first attack in the fourth minute, and then Niall Burke got to the end of a huge clearance from Adrian Tuohey to double their advantage.

The Noresiders hit back with a long range point from a free by goalie, Eoin Murphy before Joey Holden and Conor Fogarty worked an opening for T.J. Reid to shoot the equaliser (0-2 each) on 10 minutes.

The tit-for-tat nature of the half was set. They were together at 0-3, 0-4 and 0-5 each before the All-Ireland champions hit the front again in the 26th minute when a smart low ball from David Burke put Cathal Mannion in a position to score from 60 metres.

Canning then worked a good ball to Niall Burke who upped the divide to 0-7 to 0-5.

The play continued to be tight and tense, and Kilkenny continued to out-work the opposition. T.J. Reid pointed a free before Billy Ryan, with an assist from Walter Walsh, levelled it again on 31 minutes.

A late point from a free by T.J. Reid, following a foul on Richie Leahy on midfield, left Kilkenny leaders by 0-8 to 0-7 at the break.

Now it’s on to Thurles next Sunday for a Leinster final in a famous Munster venue!