Kilkenny City ladies step out in style in Feile football 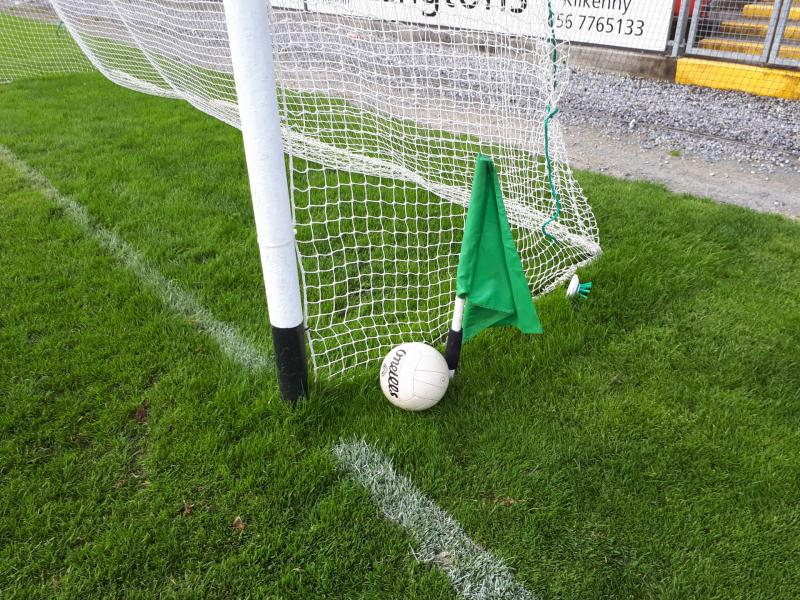 The shrill blast of the referee’s whistle brought Feile Division One dreams to an agonising end for the Kilkenny City Ladies Gaelic Football team at the cup quarter final stage.
However, as tears of disappointment filled the eyes of the young City ladies, their mentors and parents were full of pride for all the team had achieved over the weekend.
The final weekend in June saw the team make the trip to Navan to compete in Division One of the All-Ireland Féile Peil na nÓg.
Drawn in a group consisting of two Meath teams as well as Cork champions Éire Óg, the Cats knew it was always going to be a big ask, especially on the back of the Camogie Féile and Gaynor Cup competitions.
The busy schedules meant training and challenge matches were scaled back but that didn’t stop the City girls from giving an exhibition of football over the weekend - football of such a high standard that many people involved in Féile had Kilkenny City tipped to win the entire competition.
City’s Féile started with a match against Seneschelstown of Meath.
The Kilkenny girls raced into a quick lead, playing some fantastic football. This was a fantastic start for the Kilkenny City girls as they fast became the team on everyone’s lips.
Next up for the City girls were the Cork champions, Éire Óg. Based on football tradition this should have been a mismatch - but nobody told that to the Kilkenny girls.
An extremely skilful but tough game followed. The game finished in a narrow two-point loss for the Kilkenny girls, who also hit the crossbar in the last minute. It was the closest any team got to Éire Óg, who eventually ran out comfortable winners of the Division One Cup.
Kilkenny’s final group game was against their amazing hosts Navan O’Mahonys. On a sunny Saturday morning the newfound friends lined out against each other in Pairc Tailteann and produced a fantastic game of football, City coming out on top by 5-6 to 1-4.
The win meant that Kilkenny City qualified for the Division One Cup quarter-finals, something no Kilkenny club had ever achieved before. Standing in their way was Southern Gaels, the Kerry champions.
The two teams took to a sun-soaked Navan O’Mahony’s pitch Saturday evening for what proved to be a game full of passion, skill and commitment.
Unfortunately for the brave Kilkenny City girls, the Kerry champions proved to be one step too far as they were narrowly beaten.
The tears flowed but the Kilkenny City mentors quickly reminded the girls of what they had achieved over the weekend - a Kilkenny football team competing in Division One of the National Féile and comfortably winning two matches against top class opposition, not to mention a side who gave as good as they got against the Cork and Kerry champions.
The girls returned to Kilkenny as one of the Super Eight. One of the best eight teams in all of Ireland, that is something that can never be taken away from those girls.