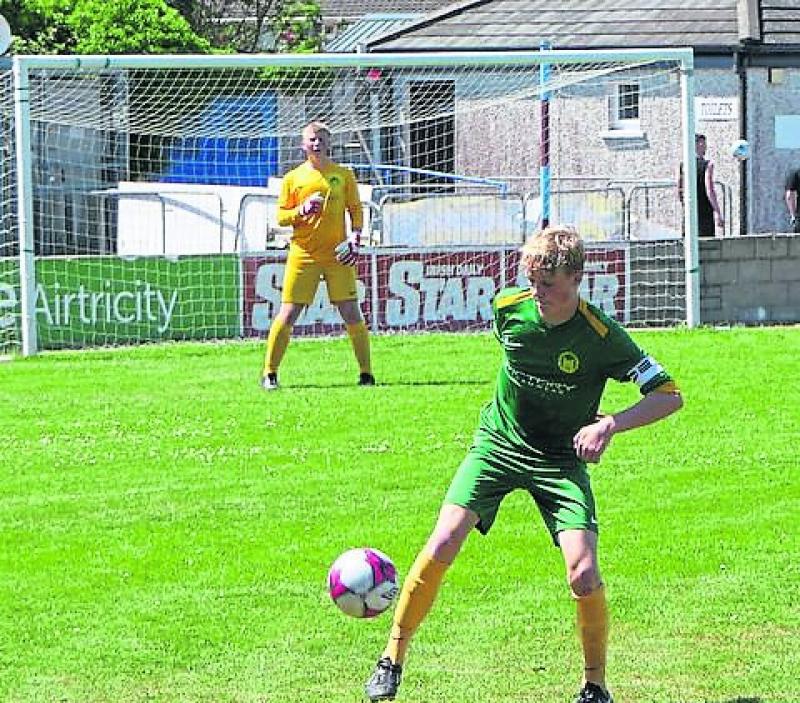 They may be a young side but a mature finish saw the Carlow Kilkenny under-15s storm their way back to a big win in the SSE Airtricity League of Ireland.
Rapidly approaching the end of their first away game since the season resumption, things didn’t look good for the local side when they found themselves 2-0 down with 10 men against Cobh Ramblers.
A defeat to the Cork side seemed odds-on, but Mark Ross’s team delivered a high-powered finish that saw them bag three goals and all three points, the second time they’ve beaten Ramblers this season.
“Two-nil down with 10 men and 15 minutes to go things didn’t look good,” the manager admitted. “In other games we would have gone under at that stage, but there was a fantastic response from the team.
“You might have expected the team to capitulate, but the lads showed more fight in those 15 minutes than in any other game.
Scruff of Neck
“It was a strange sort of game,” he added. “The team looked to be out of character early on but, after the sending off it was as if they decided enough was enough. They took the game by the scruff of the neck.
“Their passing and moving was something else,” he continued. “That ended with some well-deserved goals. They could have had more, but a fourth was disallowed.”
The turning point came when the visitors were reduced to 10 men following the dismissal of John Ryan in the final quarter.
Sparked into life Carlow Kilkenny raised the tempo and grabbed a lifeline when they pulled a goal back after a defender put through his own net following pressure from Rory O’Dowd.
Carlow Kilkenny used that goal to power on, and got their reward when Zach Bay Hammond levelled matters. They weren’t satisfied with a point however and pressed hard for a winner. New signing Jamie Murphy went close with good effort, but shrugged off the miss to hit the all-important third goal soon after.
Getting the win was a good result, but as far as the manager was concerned the performance brought more than three points.
“That was the first time the team has ever come from behind to win a game,” he said. “This win will get that bogey off their back, but it also shows that the hard work they’re doing will bring rewards.”
The game has come in the midst of a busy spell for Ross, who has brought three new signings into the squad for the second half of the campaign - John Ryan, Josh Cody and Jamie Murphy.
The trio were part of the squad that went down 3-0 to Wexford FC in Derdimus last week, but this Cobh win will act as a spur for this weekend’s game at home to Waterford on Saturday.
Kick-off is Derdimus is at 2pm.