All-Ireland hurling: Limerick play it cool to down Kilkenny and win ticket to face Cork 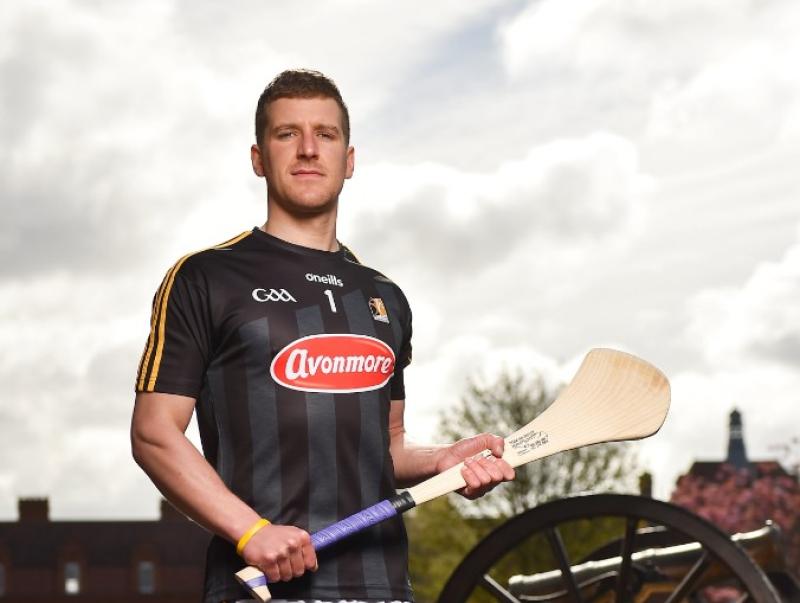 Limerick "were ready to deal with everything and anything" according to their manager, John Kiely, and that prepared them for what was a thrilling victory over Kilkenny in a throbbing All-Ireland senior hurling quarter-final in Semple Stadium today.
Kilkenny pounced for a classy goal by Richie Hogan in the 64th minute to jump 1-21 to 0-22 in front after a near amazing effort to get back into the match. However, the Shannonsiders had been prepared.
They shrugged off the setback to roar on and score what was their first win over the Cats in the senior championship since 1973.
After that Hogan goal Tom Morrissey and Peter Casey lashed over Limerick points to level (1-21 to 0-24) as the old stadium rocked to the noise of celebrating fans in the crowd of 18,596. Shane Dooley and powerful Kilkenny sub Richie Leahy traded minors after that, but Limerick struck for home when the flying Tom Morrissey flashed over the lead point on 70 minutes.
A foul on Aaron Gillane earned him the closing point as Limerick wrapped up the ticket into the All-Ireland semi-final and a meeting with Munster champions, Cork.
"There have been no defining moments with this team," Kiely insisted afterwards. "The team has been growing. The character is there and the players have endless determination."
The game exploded into action, and after Richie Hogan and Seamus Flanagan, in that order, swopped points the Cats proceeded to get on top for a while. Although their goal had an escape in the 13th minute when Aaron Gillane threatened, points from T.J. Reid, Richie Hogan and Colin Fennelly took them 0-7 to 0-3 clear after 16 minutes.
Kilkenny were moving well, but Limerick slowly got their short passing, cross field game flowing and they began to stretch the winners defence. With the inside line of Aaron Gillane, Seamus Flanagan and Graeme Mulcahy caused all sort of problems as they dragged the opposition all over the place chasing well directed ball from defence and midfield they drew level at 0-8 via a Gillane score in the 23rd minute.
The next four scores were shared equally but after Gearoid Hegarty had a brilliant strike turned over the bar by Kilkenny goalie, Eoin Murphy, to edge his side 0-11 to 0-10 in front, Limerick enjoyed the better of things from there to the break.
At the rest Limerick led by 0-15 to 0-12 after the opposition had shot eight wides.
The losers opened the new half with a point from Conor Fogarty, but during the next five minutes they registered four wides on the way to eight in the half. There was little or nothing between the teams during the half, but the advantage appeared to swing Kilkenny's way when Hogan goaled.
Limerick weren't ready to conceded. They kept their shape; kept playing the 'keep ball game' and they played their way out of trouble and into Croke Park on July 29 for the All-Ireland semi-final.
SCORERS: Limerick - A. Gillane (0-5); T. Morrissey (0-4); D. O'Donovan, G. Hegarty, K. Hayes, G. Mulcahy (0-3 each); P. Casey (0-2); D. Byrnes, D. Hannon, S. Flanagan, S. Dowling (0-1 each). Kilkenny - T.J. Reid (0-7); R. Hogan (1-3); R. Leahy (0-4); J. Maher, (0-3); C. Fennelly (0-2); L. Blanchfield, J. Donnelly, C. Fogarty (0-1 each).
Kilkenny - E. Murphy; P. Murphy, P. Walsh, P. Deegan; J. Holden, C. Buckley, R. Lennon; C. Fogarty, J. Maher; M. Keoghan, R. Hogan, P. Lyng; T.J. Reid, C. Fennelly, B. Ryan. Subs - L. Blanchfield for Lyng; R. Leahy for Keoghan; J. Donnelly for Fennelly.
Limerick - N. Quaid; S. Finn, M. Casey, R. English; D. Byrnes, D. Hannon, D. Morrissey; D. O'Donovan, C. Lynch; G. Hegarty, K. Hayes, T. Morrissey; A. Gillane, S. Flanagan, G. Mulcahy. Subs - P. Casey for S. Flanagan; S. Dowling for G. Hegarty; W. O'Donoghue for D. O'Donovan.
Referee - J. McGrath (Westmeath).