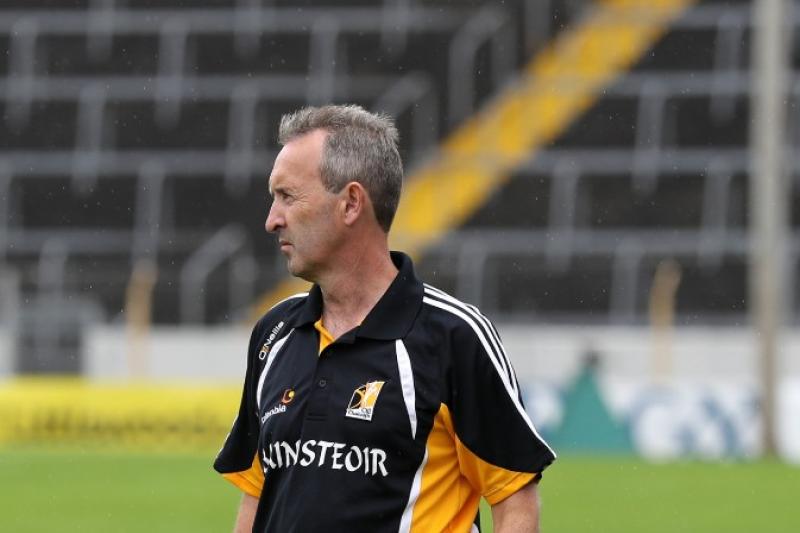 Forget the past, wins and defeats. Concentrate on what is in front of you and nothing else.
That was the blunt message from Kilkenny minor hurling team manager, Richie Mulrooney, to his charges who face a must win game against Limerick on Saturday (3pm) on their return to Semple Stadium for the final round of the All-Ireland quarter-finals qualifier.
Having suffered defeats in their last two games against Dublin and Galway, the Cats can still make the All-Ireland semi-finals against Tipperary if they beat the Shannonsiders.
“The players have to believe in themselves,” said the manager after what was a disappointing defeat to Galway on Sunday. “The thing about losing one or two games doesn’t matter any more at minor hurling or senior hurling level.
“Look at Clare. They are in the All-Ireland senior semi-final against Galway having lost two matches. You expect those things could happen when you play so many games.”
He said of course Kilkenny would love to be in the semi-finals already with no defeats and looking good and all that.
“That is not the situation we are in,” he added. “We have spoken to the lads. There is no room for disappointment. We are concentrating on the positives of the second half (against Galway), and it was very positive. We will be ready for Limerick.”
He admitted it was tough going against Galway, who are a very good team. He described them as big and physically strong and a really good hurling team.  He felt Kilkenny faced a mountain at half-time when 1-14 to 2-3 behind. They eventually lost by 1-21 to 2-11.
“We had two choices,” suggested the Dicksboro man about the half time situation. “It was either throw in the towel or be Kilkenny. I thought the response in the second half was really, really good.
“We won that eight points to seven. I know that doesn’t win the match or anything, but we haven’t time to be disappointed. We play Limerick and the prize is massive, a place in the All-Ireland semi-final in Croke Park against Tipperary.
“There is hardly a bigger prize you could offer a group of 16 or 17 year olds,” he felt.
Forget about defeat
He insisted Kilkenny have to forget about the two defeats. That was all over.
“The players are still hurting after the Leinster final defeat,” he admitted. “But we were hurt more that we were eight points down at half-time here at the start of the second half.
“There can be no holding back now. Saturday is your old traditional knock-out game. As hard as we found Galway, we will have to work and work against Limerick.
“I don’t think there is much between us based on both our showings against Galway. We played Limerick in a challenge early in the season and we know a bit about them.
“The game is winnable. We have a great bunch of fellows. They are great to work with. Whatever happens against Limerick, that won’t change my mind about them.”
He said it has been a pleasure for management to work with the players.
“We have to keep encouraging them this week,” Richie continued. “They are good hurlers. You can see at times they are about to crack things.
“There were a few things in the second half in particular, maybe a dropped ball that could have gone our way, that could have helped us get closer. The players to believe, and we will be ready for Limerick.”