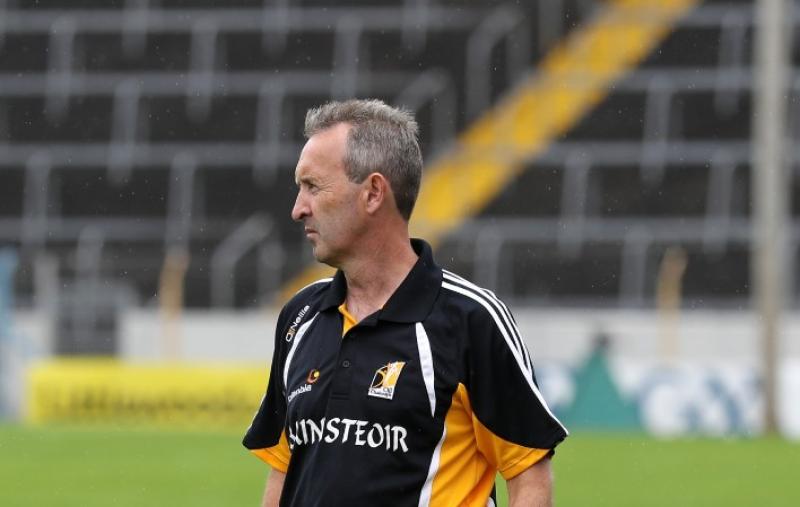 Kilkenny manager, Richie Mulrooney was very happy with his charges

The Kilkenny minor hurlers produced a strong performance to defeat Limerick and roar into the All-Ireland championship semi-final against Tipperary in Croke Park.
The Cats caught hold of this quarter-final Round 3 tie in Thurles today when they hit the opposition for 1-3 without reply in the minutes just before the break. Limerick fell asunder after that as the Cats booked a semi spot against Tipperary in Croke Park tomorrow week.
The opening half, during which the scores were level six times, looking like winding down into a close affair until Kilkenny shot 1-3 without reply in the closing three minutes. Suddenly the whole game changed.
The Noresiders, who opened against the light breeze, had actually come from behind to level it at 0-8 each in the 26th through Cathal O'Leary before they suddenly found a blast of scores.
A lovely lay-off ball from O'Leary made the lead point for the lively Jack Buggy. Conor Kelly then converted a free following a foul on O'Leary before sturdy defender, Jamie Harkin made a lovely interception on his own 50 before racing 20 metres and shooing a long range point.
In the second minute of injury time a Limerick defender slipped when attacking a ball worked up the field well by Kilkenny midfielders, Conor Kelly and Cian Kenny.
When the defender lost his feet to the left of goal Jack Morrissed picked up the loose ball. Morrissey was all alone and he smashed a vicious angled shot into the net from 15 metres.
Half-time score: Kilkenny 1-11, Limerick 0-8.
After the turn Kilkenny took up where they left off. They shot the next five points through Kelly (two frees), Dan Coogan, Jack Buggy and Ciaran Brennan to take a firm grip on proceedings.
Limerick were nowhere after that.
SCORERS: Kilkenny - C. Kelly (0-8); J. Morrissey (2-1); K. Hogan (1-1); J. Buggy (0-3); C. Kenny, C. Brennan, G. Murphy (0-2 each); J. Harkin, C. O'Leary, D. Coogan (0-1 each). Limerick - C. O'Neill (0-8); B. Nix (1-0); E. O'Mahony, E. McEvoy, B. O'Connor, C. Ryan (0-1 each).
Kilkenny - J. Brennan; P. Dempsey, J. Young, D. Crehan; D. Maher, S. Staunton, J. Harkin; C. Kelly, C. Kenny; J. Morrissey, C. Brennan, G. Murphy; C. O'Leary, D. Coogan, J. Buggy. Subs - K. Hogan for O'Leary; Ee. Guilfoyle for Coogan; H. Walsh for J. Harkin; P. Moylan for J. Morrissey; D. Fogarty for D. Maher.
Limerick - B. Heavey; P. Hrtnett, B. Herlihy, M. Keane; E. O'Mahony, E. McEvoy, J. Nicholas; P. Kirby, B. O'Connor; M. Martin, C. Ryan, K. O'Donnell; C. O'Neill, B. Purcell, A. Shanahan. Subs - C. Coughlan for P. Kirby; J. Quilty for M. Martin; B. Nix for A. Shanahan; C. Casey for B. O'Connor; D. Hegarty for B. Purcell.
Referee - S. Hynes (Galway).