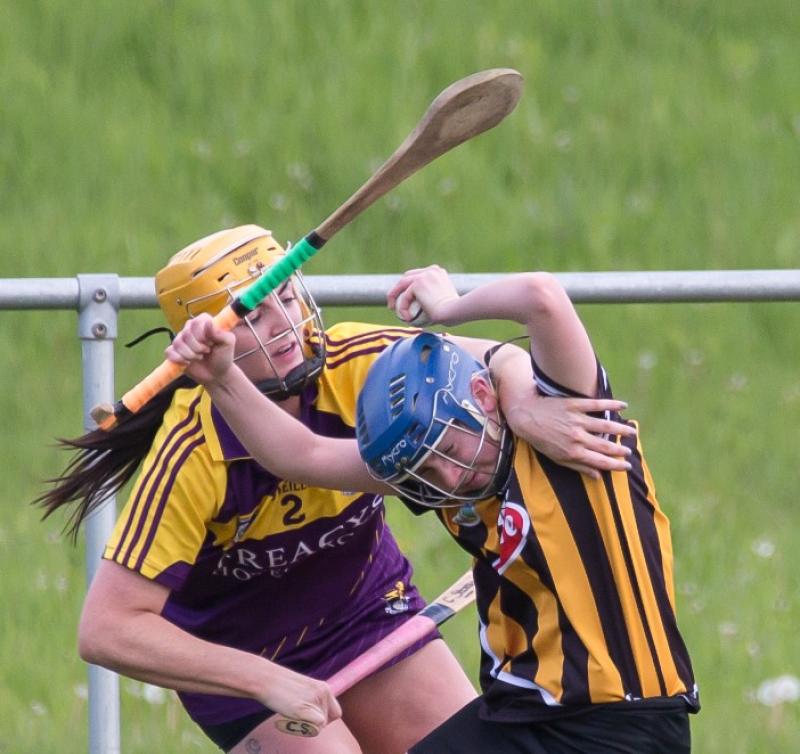 National League champions, Kilkenny remained on track for a shot at the League/Championship double, after they blasted their way into the Liberty Insurance All-Ireland senior camogie semi-finals today.
The Cats beat Galway in Nowlan Park by 1-17 to 0-13 in a top of the group clash to maintain their unbeaten run.
The victory means the Cats go directly into the semi-finals as group winners, where they will be joined by their conquerors in last year’s All-Ireland final, Cork.
The Rebels maintained their high-scoring campaign with a 6-18 to 3-4 triumph against Offaly at Páirc Uí Rinn.
Beth Carton hit 1-9 as Waterford survived a dose of the jitters and a brilliant comeback by Clare to win by 1-11 to 0-12 at Cusack Park to secure a place in the quarter-finals for the first time.
Donal O’Rourke’s side will play Tipperary, who finished just ahead of Dublin as runners-up of Group 2 on score difference, after a point from Cáit Devane snatched a 0-13 to 0-13 draw with the Metropolitans in Parnell Park.
Dublin will take on Galway in the other quarter-final at Páirc Uí Chaoimh on August 4.
Kilkenny's Denise Gaule hit eight points to end Galway’s hopes of claiming first place in Group 1, while Anne Dalton, Meighan Farrell and player of the match Michelle Quilty were key contributors too.
Ailish O’Reilly excelled for Galway and had two early points from play, but the visitors totted up the wides even as they moved four points clear with Niamh McGrath also on target.
Kilkenny gradually assumed control as Gaule, Quilty, Miriam Walsh and Shelly Farrell gave them a 0-9 to 0-7 advantage at half time.
Carrie Dolan and O’Reilly, with her fourth from play, restored parity but a 41st minute goal by Gaule from a penalty, after a foul on Shelly Farrell, opened a gap that Galway didn’t really look like bridging despite some good scores by Dolan.