Kilkenny post-mortem: the big search is on for scoring forwards 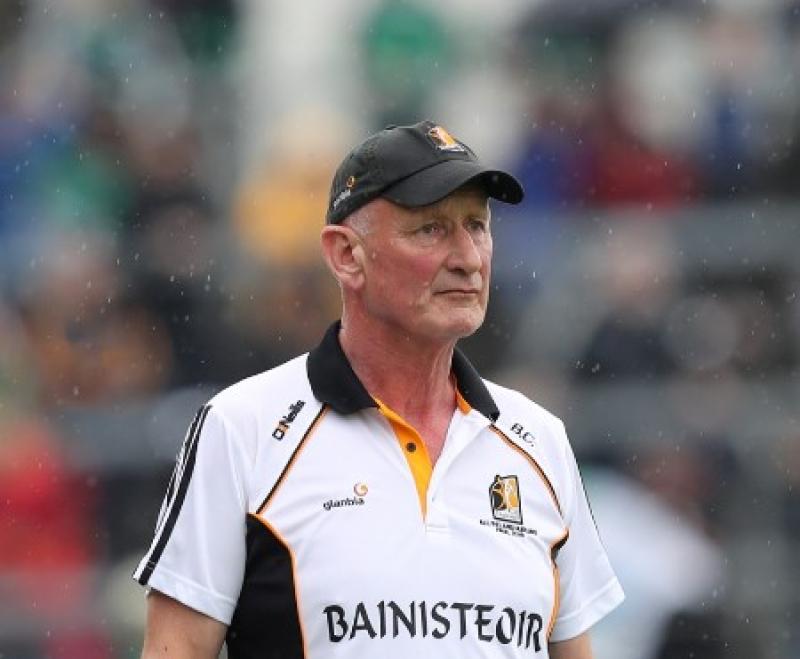 Kilkenny’s championship run may be over but the remains can’t be interred just yet.
There’s a post-mortem to be had. Or to put it another way, the countdown to championship 2019 has begun.
It has in Brian Cody’s mind anyway, you may be sure.
In order to be able to look forward to next season, of course, one is obliged to look back first.
In what facets do the county need to improve? There are several, among them the defending of the full-back line.
Yet as the accompanying table indicates, none is more crucial than the one area where Kilkenny fell down time and again over the past few months.
One failing that prevented them winning even a provincial title, never mind reaching the All-Ireland semi-finals.
One weakness that, until or unless it’s cured, will prevent the county capturing championship silverware for the foreseeable future.
The forwards don’t score enough from play (see display). They don’t score anything like enough from play.
Granted, one issue from 2017 has at least been solved.
Last summer Kilkenny were absurdly overreliant on frees and 65s from T.J. Reid.
Over half of their scoring output came from this source, an unsustainably high proportion. This time around the county’s percentage of scores from placed balls was down to 41%.
It’s still too high – 25% or lower is the optimum ballpark figure – but it represented a step in the right direction.
Championship 2018 did see a broader spread of scorers.
James Maher was always good for a point or two from out the field, Conor Fogarty ditto. Enda Morrissey popped up a couple of times to swing one over from distance.
Padraig Walsh landed a whopper against Wexford.
On the face of it this was healthy. Drill down below the surface, however, and it’s clear that that spread of scorers disguised a grave weakness: the aforementioned lack of points from play from the Kilkenny forwards.
This isn’t the place to lament lost glories, or recall the great winged points of yesteryear from Henry Shefflin and Eoin Larkin, or mutter “God be with the days”.
Those days, as Don Henley might have said, are gone forever. At any rate they’re gone for the moment.
But still. A point from play – a point from play!!! - from the starting forwards versus Wexford? The 1-2 from the same sector in Salthill?
The 1-3 in the Leinster final replay and the 1-6 in the All-Ireland quarter-final when the starting Galway and Limerick forwards were shooting the lights out, hitting 1-18 and 0-17 respectively?
Omit the Offaly game and here’s an even more frightening stat. The Kilkenny subs hit almost as much from play during the campaign as the starting forwards did, 3-16 compared to 3-22.
Truly scary.
Now you know why the black and amber were unable to control any match bar the Offaly encounter. Now you know why they were continually forced to come from behind.
Now you know why they were so heroic, time after time. They were obliged to chase games and they never failed to answer the call.
None of this is to ignore the pluses of the campaign, which were numerous, not least in terms of reconstruction.
James Maher had his long delayed breakout season and when Richie Leahy – still an under-21, remember – was good he was very good indeed. John Donnelly was another find, while we can now be certain that Martin Keoghan is not a forward.
But the figures don’t lie.
First item on the county’s To Do list between now and next May? Find two scoring half-forwards (Leahy is an attacking midfielder) and a corner-forward with an eye for goal.
Simple, huh?

Normal service resumes
The Kilkenny minor team began the season in great style in Parnell Park when taking Dublin for 3-23. They got back to winning ways on Saturday when taking Limerick for 3-22.

In between came the goal-strewn upset in the Leinster final and a disappointing display against an admittedly formidable Galway outfit.
The upshot is that Richie Mulrooney’s lads have reached Croke Park via the scenic route. That they’ve got there is, naturally, the important part.
Whatever transpires on Sunday against a Tommy Dunne-coached Tipperary, it has been an immensely beneficial campaign for this group of youngsters. All the matches they’ve played since Parnell Park! All the learning! All the developing!
This has been a journey whose importance we’ll only fully appreciate in five or six years’ time.