World handball: Kilkenny's Shane Dunne heads to America with hope in his heart 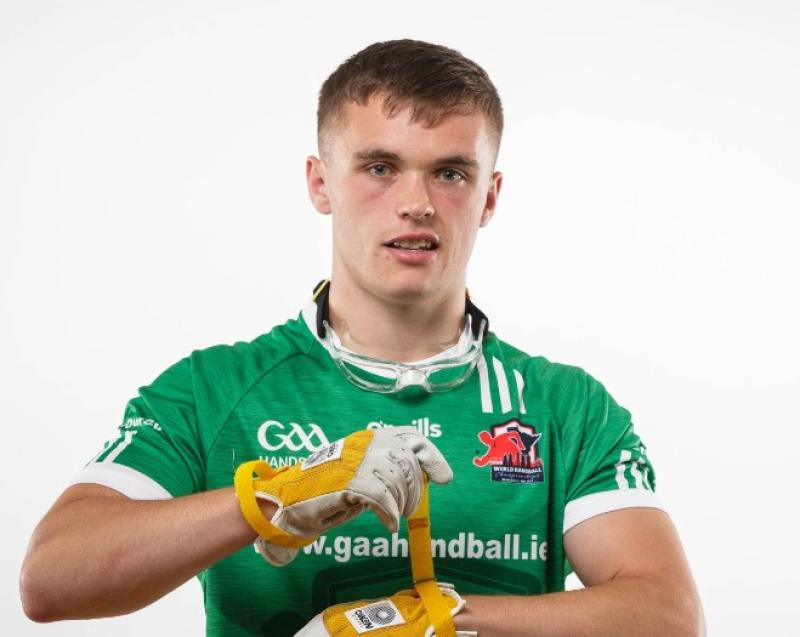 As upsets go, it was fairly seismic, but 19-year-old Shane Dunne from Kilkenny took it all in his stride.
Back in late April, the Clogh man – renowned as a strong up and upcoming 60x30 player but not a ‘small alley’ specialist – shook up the handball scene when he powered to victory in the Irish Junior Nationals at Kingscourt, Co Cavan.
That was no ordinary success, either. The winner also booked his flight as the under-19 singles representative on the official Irish squad for the World Handball Championships in Minneapolis, US, which serve off in a couple of weeks’ time.
Coming into the competition as number eight seed, Dunne – who had posted notice of his intentions earlier that month when he partnered Padraig Cooney to the All-Ireland under-21 doubles crown - played the best handball of his career to see off the best young players in the country.
And three months on the former Cloneen hurler is aiming to make it a hat-trick when he flies to the US on August 7.
The secret to his success so far is simple. There is none! Dunne has made it this far on a diet of just plain hard work and a hunger to improve.
“I am in college and with the course I’m doing (Health and Leisure in IT Tralee), there is a lot of physical activity and they prep you well, both mentally and physically,” Dunne said this week.
“I was in the alley working on things I needed to work on. There is a leisure centre there with two courts and I had access to them and I was working on things there and just using the gym facilities in the college, the swimming pool and so on. It was good prep for the nationals.”
Making Team Ireland for the Worlds wasn’t on his mind at the time, he insisted, although it came sharply into focus after he beat number one seed Diarmuid Mulkerrins of Galway in the quarter-final.
“It wasn’t something I thought of,” he admitted. “I said I would enter and see how it went. I had never won a nationals or an All-Ireland in the 40x20 before this year. My previous All-Ireland was actually the week before in the under-21 doubles.
Got lucky
“I knew what I needed to work on and that’s what I did. I knew I was an underdog and I played my best and I suppose I got lucky,” he said modestly.
“I am definitely more of a 60x30 player. I have won more in the 60x30 and I always probably enjoyed the 60x30 more, but once I started training for the small alley I started to fall in love with it as much as the 60x30.
“Clogh is a 60x30 stronghold. We’re brought up in the big alley but I’m loving the 40x20 now too.”
Dunne’s background in the traditional big court has lent him advantages – and disadvantages – when he switches to the 40x20 game.
“I knew what I needed to work on, even from previous years; my sidearm maybe wouldn’t be as strong coming from the 60x30 but I focused on that and tried to build my game, watching games on YouTube, seeing how the senior lads play and trying to bring that into my game.
“I think my roof game is strong. I have a good underarm and I am consistent.
“I wouldn’t say I’d miss much and I have that drive to keep going. I was never a great, consistent killer of the ball but I have really worked on that and it is a small difference which has brought me on that bit further to compete with the best.”
Proud man
Sparring with clubmates William and Daniel Love and other Kilkenny City based players sharpened up Shane’s game.
As the second eldest of six siblings (three of whom play handball), he will be a proud man carrying the Kilkenny and Ireland colours in the ’States.
“We’re out of the hurling at the moment so I suppose it would be good to bring something back,” Dunne joked.
“A lot of people go to college and fall out of sport. I actually fell in love with it again. I always loved it, it’s my preferred sport and I want to keep going with it now.
“ I think I have a talent for it and I have a drive for it so I want to keep going.”
For more information on the World Handball Championships, see www.gaahandball.ie.