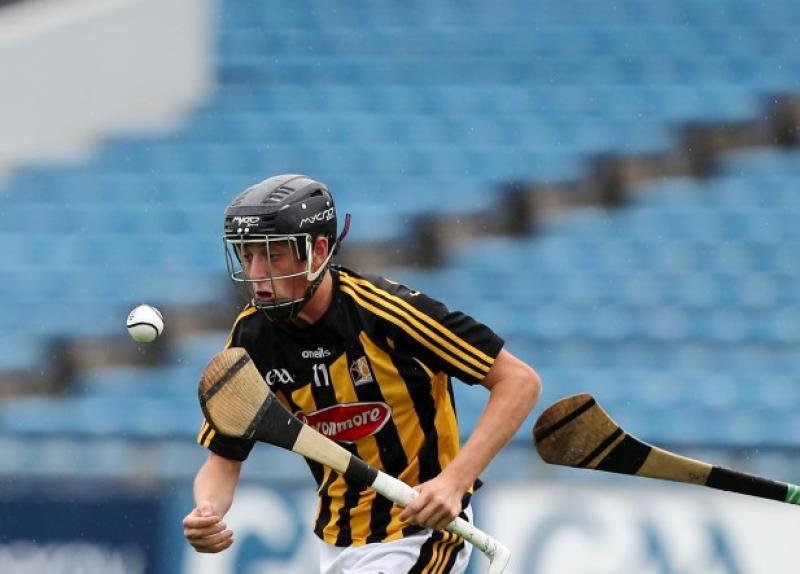 We might have had only one team on a J.J. Kavanagh bus heading to Croke Park on Sunday, but that did not mean the appetite for silverware was any less.
The Kilkenny minor hurling squad travelled in determined mood and with intent, even if failure was predicted from all quarters.
For this was a team salivating with intent for revenge.
They were looking to put one over a Galway side that had bettered them before; that had suggested it had talent way above the ordinary.
This has been a season filled with lessons for the young Kilkenny side. With the minor age limit dropping to under-17, the players on the panel are a little greener, and not as used to playing the standard 60 minutes of minor games.
When you’re from Kilkenny, however, you will soon learn what is expected of you when you pull on that jersey.
To be fair to this particular group of players, they have taken such expectations in their stride.
The Leinster final defeat against Dublin was probably a turning point in their season, and though they lost the subsequent match to their All-Ireland final opponents, they have been improving ever since.
More importantly, they have proved they can grind out victories when they have to. The All-Ireland semi final is a case in point.
They loosened their grip and let Tipperary back into the game in the second half, but they showed enough gumption to get over the line. That experience, they hoped, would stand to them in the final.
Kilkenny supporters noted during the season that this team was not as physically imposing as the sides they were playing.
However, they made up for it by showing a massive work rate and a never say die attitude a certain Mr Cody would be proud of.
As the saying goes, you cut your cloth to fit your measure. Kilkenny certainly did that. They played to their strengths and worked on their weaknesses.
Supporters were always going to be looking for players likely to find their way onto Kilkenny under-20 or 21 teams, and possibly even the senior panel in the future.
The truth was, different players stepped up to the plate on different occasions. Another plus!
Conor Kelly from O’Loughlin Gaels was earmarked in the earlier games as a great talent. However, it was Jamie Harkin from Bennettsbridge who earned the plaudits of many after his performance against Tipperary in the semi-final.
Impressed
Ciarán Brennan, a clubmate of Harkin, equally impressed with his appetite for goals. There were many more who could be mentioned, but what is constant with all All-Ireland finals, it is hard to predict who might deliver biggest on the biggest day.
All-Ireland finals are big occasions. Nerves can get to young players, even the ones that are labelled ‘big day players’. All-Ireland day heroes tend to be the ones nobody suspected.
Kilkenny made one change from the team that beat Tipperary in the semi-final. Killian Hogan came in for Dan Coogan.
The selectors also moved Jack Buggy into the centre-forward position with Ciarán Brennan moving to the wing.
Kilkenny started at a lightening pace. Half back Darragh Maher, brother of senior star James, opened Kilkenny’s account with a point.
The Cats were the livelier of the two sides. They were winning every puck-out and creating chances.
However, they hit three wides during the opening 10 minutes. Had they been scored, they would have planted the seed of doubt in Galway minds.
It was an evenly matched half. Galway got their first score from a penalty which was a point from Donal O’Shea.
O’Shea would play a big part in getting his team back into the game, and before Kilkenny knew it.
The battle between the Kilkenny half forward line and the Galway half backs was very interesting. Ciaran Brennan and Jack Buggy in particular were very strong. That trademark workrate and intensity was very much evident in Kilkenny’s play.
They surrounded every Galway player in possession. For such a young team, it was heartening to see that attitude.
Conor Kelly had a faultless day from a free taking point of view, which is always an advantage when you find yourself in a tight game. The referee played one minute of extra time but Kilkenny still went in at the break with a one point lead, 0-10 to 0-9.
The saying about ‘a game of two halves’ certainly applied here. Galway came out a different team.
Manager Jeffrey Lynsky made a couple of changes shortly after half time, particularly in the forwards. Colm Cunningham was one of the subs that made a supreme impact.
From Kilkenny’s point of view, the scores were mainly coming from Conor Kelly frees. For all their work, they simply could not make it count on the scoreboard.
In finals you need to take your scores. When push came to shove, Galway got the scores when needed.
While there can be no arguing over the final score, Kilkenny management and players might have a case to feel aggrieved with the referee, Johnny Murphy. There were a number of questionable decisions, particularly in the second half, that had they gone Kilkenny’s way, would have made the game closer.
Consistency is something you expect in all inter-county referees, and when you see one team being punished for certain fouls and not the other, it is frustrating, particularly for the team that loses out.
Kilkenny, players and management, can be proud of what was achieved on the journey this season.
The players showed class, true grit and determination. A solid place to be on the start of their hurling journey.
Who knows what the future has in store!