Kilkenny showjumper has weekend to remember 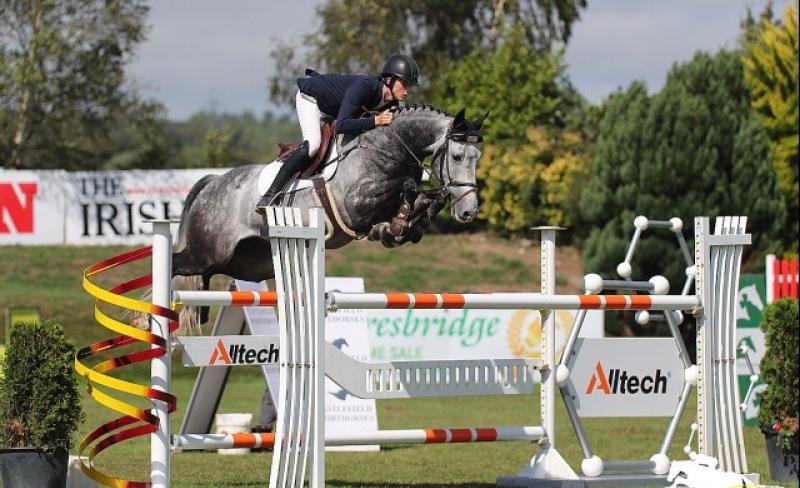 He swept the boards  winning the 7/8 year old final Saturday evening on Annmarie Fagan's Essenar High Hopes and then on Sunday afternoon took the feature class the 5/6 year old breeders classic  which is one of the richest young horse classes in Europe aboard BBS McGregor which is owned and bred by Jacks mother Marguerite.

During the week there were qualifying classes and the top 25 riders from all over Ireland went through to battle it out for the coveted title and the €33,000 prize fund.

13 riders made it through to the final jump off, with the youngest competitor not yet reached his 17th birthday landing the spoils.

The breeders classic trophy was sculptured by  Kilkenny's Ani Mollereau.

To top off the weekend Jack received the Tom O'Dwyer memorial trophy for horsemanship which was presented by Tom's daughter Emma who is also from Kilkenny.