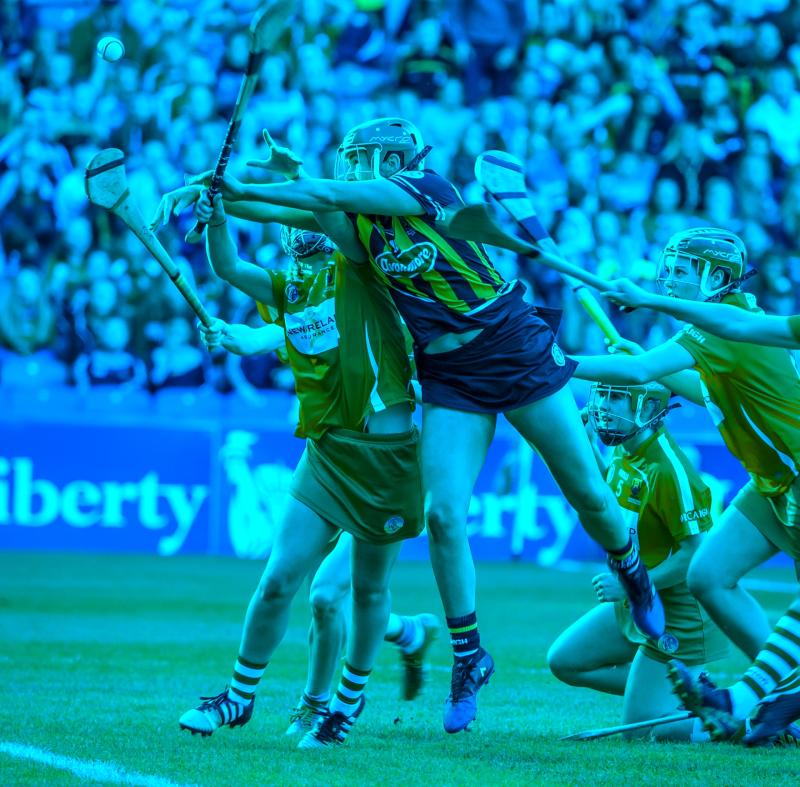 It may be a wonderful arena, but Croke Park is turning into something like a ‘Heartbreak Hotel’ for Kilkenny on All-Ireland camogie final day.

For the second year running the Cats were beaten by an injury time point by Cork, who claimed their 28th O’Duffy Cup title today after a tight, tense and tactical senior final.

In the end a point from a free by Orla Cotter with 60 minutes 53 seconds showing on the clock won the game. The awarding of the decisive free appeared a harsh call, but it was just one of many decisions that baffled on an afternoon when Kilkenny gave their all and ended up with nothing again.

There was one time during the first half when the free count ran 6-0 against Kilkenny, and they had a decent claim for a penalty turned down in the 52nd minute. As Anna Farrell bore down on the Cork goal the hurley appeared to be pulled or knocked from her hand.

There was no call. Instead, Cork escaped with the concession of a 45.

The score was level at 0-8 each at half-time after Cork had led most of the way although the opposition had use of the wind. Kilkenny’s game was more open and free flowing afterwards, and with Anne Dalton in wonderful form and driving the team on from center-back, they really took the game to the champions.

The scores were level at 0-9 and 0-11 each and then came the Kilkenny goal chance, with Farrell threatening first with a booted effort and then Miriam Walsh having a follow up hand-passed effort turned around the post. Denise Gaule pointed the 45 to edge Kilkenny 0-12 to 0-11 ahead.

Cork hit back for the equaliser in the 56th minute, Julia White putting Amy O’Connor clear to score. There was an exchange of points from frees between Gaule and Orla Cotter after that before Cotter’s late free decided it.

Play in the opening half was very tactical, with both sides trying to contain or out-fox the opposition. Kilkenny, who attacked the Hill 16 end, had the first score from Michelle Quilty after only 30 seconds.

Cork drew level with a long range point from a free by Chloe Sigerson and on they roared into a best of half lead of 0-4 to 0-1 after 12 minutes. Kilkenny, who were operating with Katie Power as the lone attacker on the full-forward line, looked very nervy during this period, with  the deadly Dalton already setting the high line in terms of performance.

The Cats second score came from a free by Denise Gaule following a foul on Katie Power, and they eventually got back level at 0-4 each. They fell behind again, but after they regained terms at 0-6 each they drove into the lead with two great minors from Denise Gaule as half-time approached.

However, Cork hit back for two ‘lost time’ points from Orla Cronin to leave it all square at the break, 0-8 each.

What followed was real defiance from Kilkenny, but the day ended in heartbreak….again.