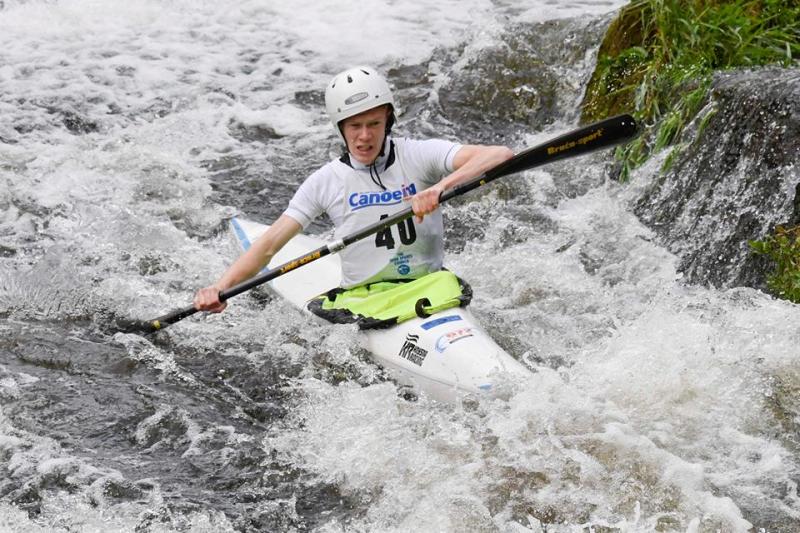 Water levels may have been low, but the members of the Thomastown Paddlers Canoe Club rose to the challenge when they tackled the 59th annual Liffey Descent canoe race on Saturday.

Normally in high flood with 4 Mega Watts of water released from the ESB upstream reservoirs, the Summer drought meant the race had to be run over far shallower and obstacle filled river conditions. This brought brand new challenges for the 500 national and international competitors who took on the gruelling 29km course over 11 weirs and rapids.

Despite the boat crunching river condition it proved a very successful day for the 14-strong Thomastown team. The Paddlers took on the best from Ireland and abroad and finished the day with an impressive medal haul.

The best results of the day went to promising junior Senan Forristal, who took gold in men’s k1 under-18 class to top off what has been an impressive year.

In men’s k1 Tadhg De Barra fought extremely well to finish third in one of the strongest classes in the competition. Tadhg held on to his place despite stiff competition from fellow team mate Donnacha Brennan, who finished fifth, and brothers Anthony and Eamon Forristal who also finished inside the top 10. In men’s k1 over-39 Kieran Varley also battled his way on to the podium with a hard-earned third place.

In men’s C1 class Michael Brennan was locked into a tight clash for first and second all the way to the 600m portage run at the midway point of the race. After re-entry into his boat Michael pulled away from the rest of the field to claim the second gold of the day for the Thomastown club.

In men’s K1 B class Cathal Treacy used the disappointment of previous years for motivation as he comfortably cruised home to claim his first and Thomastown Paddlers’ third gold medal.

In men’s K1 C class Dermot Forristal showed true grit and determination after a slip on the portage caused a serious ankle injury. Already in a commanding position for a podium place, Dermot fought through the pain barrier and returned to his kayak to finish out the remaining 13km and claim a silver medal. Leigh Blackmore also paddled in this class and rounded off his clean run down the challenging course with a top 15 place.

Doubles crews Dave McCormack and Johnny Barry (men’s K2) and Dave Comerford and Stephen O’Neill (men’s T2) both took on the Descent’s most competitive classes and raced very well to finish in the top 10 groups.