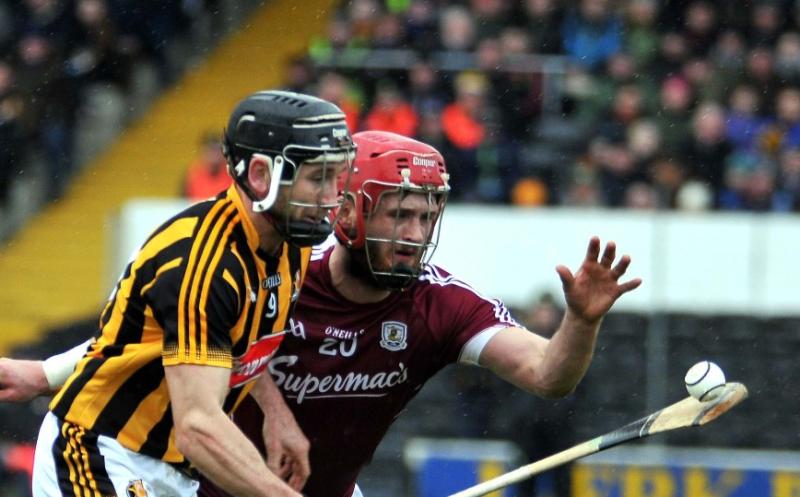 A 63rd minute point from a 40 metre free by Kilkenny defender, Conor Fogarty, earned Erin's Own (Castlecomer) a well deserved draw with Carrickshock in this nail-biting first round, relegation senior hurling championship semi-final clash in Clara today.
A minute into lost time former All-Star, Michael Rice, looked to have stolen victory for the Southerners when he shot them in front with a great effort from the left sideline. However, centre-forward Michael Murphy won the Erin's Own puck-out from the air and was fouled. After Murphy received treatment for an injury, Fogarty popped over the delayed free to earn a reply.
The replay will be played next weekend when the other clubs will be involved in quarter-final matches, the draw for which will be made tomorrow evening.
This was a high tempo game from the off. Even if the standard of play was average at times, the all round commitment and pace of proceedings, plus a few stunning scores, especially from John Power (C), helped produced good entertainment. As well, the high energy performance and pace of Carrickshock's Eanna Martin was an outstanding feature of the match.
A third minute goal from Sean Buggy helped wind assisted Erin's Own cut out the early pace. They were caught at 1-2 to 0-5 in the 10th minute and the scores were level again on 29 minute before Aidan Moran had a late point for Castlecomer to leave them 1-7 to 0-9 in front at the break.
They were passed within three minutes of the rest when Carrickshock pointed through Mark O'Dwyer and Kevin Farrell. With a good assist from Eoin Brennan, the lively James Mullins levelled on 35 minutes.
Both sides let rip after that, and during a thrilling last quarter the scores were all square on three occasions as the lead swung one way and then the other. After Fogarty levelled it, both sides had a chance to snatch a late, late victory but it wasn't to be.
SCORERS: Carrickshock - Kevin Farrell (0-6); John Power, Stoneyford (1-2); Eanna Martin (0-4); Mark O'Dwyer (0-3); Brian O'Donovan, Michael Rice, Darren Brennan (0-1 each). Erin's Own - Conor Fogarty (0-4); Sean Buggy, Jamie Holohan (1-1 each); Aidan Moran, James Mullins, Declan Dunne (0-2 each); Niall McMahon, Stephen Daly, Michael Murphy (0-1 each).