Kilkenny SHC: Chris Bolger fires Clara to victory and into the quarter-finals 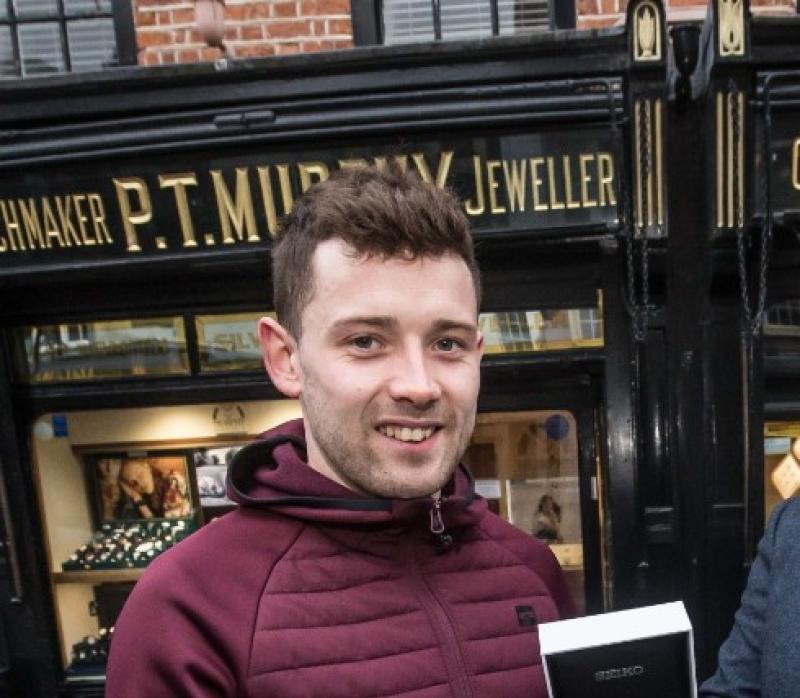 Chris Bolger scored the late goal that decided the match

A 57th minute goal from lively attacker, Chris Bolger, fired Clara to victory and assured them of their place in the senior hurling championship next season, plus a place in the Kilkenny quarter-finals, when they beat Danesfort in this first round/relegation semi-final in Pairc Sheamuis Stiophan today.
Bolger struck for his fourth score of the match when the teams were level after Danesfort had stormed back into the game when backed by the strong wind.
However, the losers could muster only one more score from Padraig Mullen after Bolger's and defeat left them facing a battle against the drop back to the intermediate grade next season.
Clara threatened to run away with the game when wind assisted in the first half. They opened out a 1-7 to 0-1 lead by the 17th minute, the goal coming from James Nolan.
Danesfort put in a strong burst before the break, and with scores from Richie Hogan, Philip Cooney and Gary Tynan they had the arrears back to 0-7 to 1-9 at the rest.
Clara and Nolan bagged another goal within two minutes of the restart, and with the addition of a point from James Bergin (free) they were sailing when 2-10 to 0-7 clear.
The Danesfort revival was a slow affair, inspired by Richie Hogan and the superb Paul Murphy in defence. Jack Bruton got through for a goal in the 47th minute to get them going, and when Bruton pointed in the 55th minute it was all level at 2-10 to 1-13.
With time running out the hard chasing Nolan worked a bit of magic on the right wing, and he got the ball to Bolger, who powered his way through to shoot to the net from a tight angle on the right.
SCORERS: Clara - James Nolan (2-1); Chris Bolger (1-3); James Bergin (0-5); Liam Ryan (0-1). Danesfort - Richie Hogan (0-9); Jack Bruton (1-1); Cillian Treacy, Philip Cooney, Gary Tynan, Padraig Mullen (0-1 each).