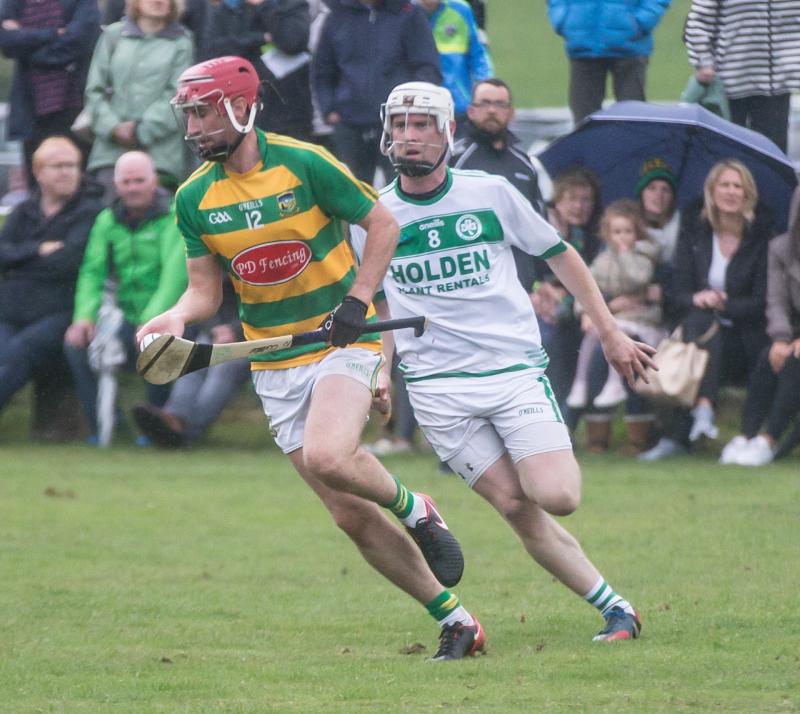 A solid second half performance helped Bennettsbridge overcome a tricky start and book their place in the semi-finals of the Kilkenny senior hurling championship.

The ‘Bridge fought hard to see off a stubborn Mullinavat, coming from four points down in Thomastown to earn their spot in the final four.

Mullinavat had the wind in the first half and used it well. An early goal from Jamie Fennelly, allied to a series of John Walsh points, had them in command by the end of the first quarter (1-5 to 0-6). A second goal in the closing stages of the half, a penalty from ‘keeper Jim Culleton, left them four in front at the break (2-6 to 0-8).

Bennettsbridge were quick to hit back in the second half. Aidan Cleere led the way, rattling off a quick goal before scoring from a line ball to push the ‘Bridge into the lead for the first time after 34 minutes (1-10 to 2-6).

The new leaders never looked back from here. With Robert Lennon and Conor Murphy leading a strong defence they shut the ‘Vat out, limiting them to just two John Walsh frees in the entire half.