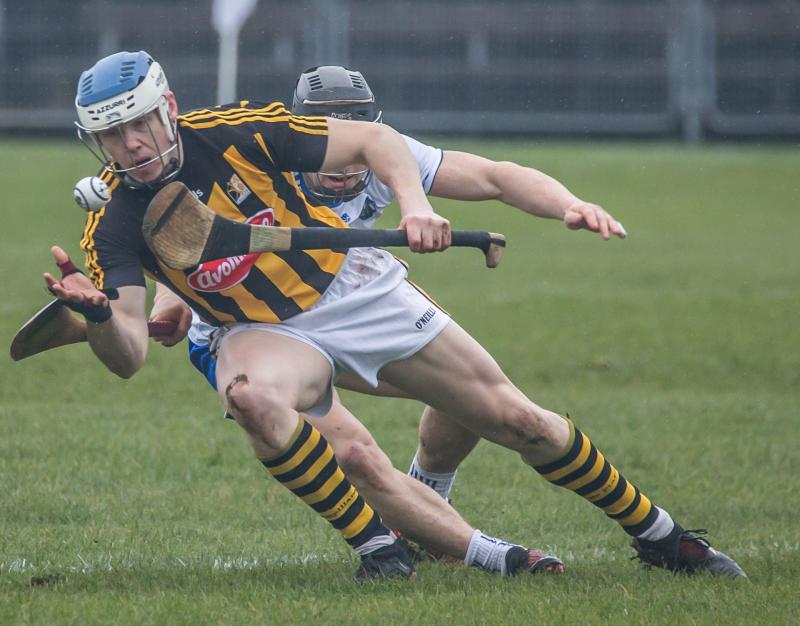 The evidence from the all round performance when beating champions, Dicksbboro, was so convincing it is hard to go beyond Ballyhale Shamrocks when looking for potential Kilkenny senior hurling champions.

That was the strong message from John Lockes Park this evening when Shamrocks, inspired by a magnificent take of 1-15 from the sublime T.J. Reid, booked a semi-final clash with city rivals, James Stephens or Erin’s Own (Castlecomer).

While Reid was a huge part of the story, and he shot two points form play that had to be seen to be believed, the overall hurling ability of Shamrocks impressed greatly as they more or less took control of the game from the start.

Dicksboro opened backed by the wind, but they found themselves 0-3 to 0-1 behind after only three minutes as Reid (2) and another top performer, Adrian Mullen found the target.

In fairness to the losers, they recovered and got in front before powering on to lead by 0-13 to 0-10 at the break.

Easily the situation could have been a lot different. The Shamrocks were awarded three penalties during that half for fouls on Colin Fennelly. They harvested a mere point, as goalie Darragh Holohan deflected one bullet from T.J. Reid over the bar; Holohan stopped another and the third was driven wide.

Shamrocks blitzed the opposition immediately after the turn, shooting 1-5 without reply during a sizzling six minutes. T.J. Reid weighed in with 1-3 while Eoin Reid (2) also dished out a bit of punishment.

The ‘Boro were chasing the game all the way after that. They pulled back a late goal through Andrew Gaffney which was followed by a point from Shane Stapleton to reduce the deficit to 1-22 to 1-19 near the finish, but Shamrocks hit them for two late points to get into the comfort zone again.