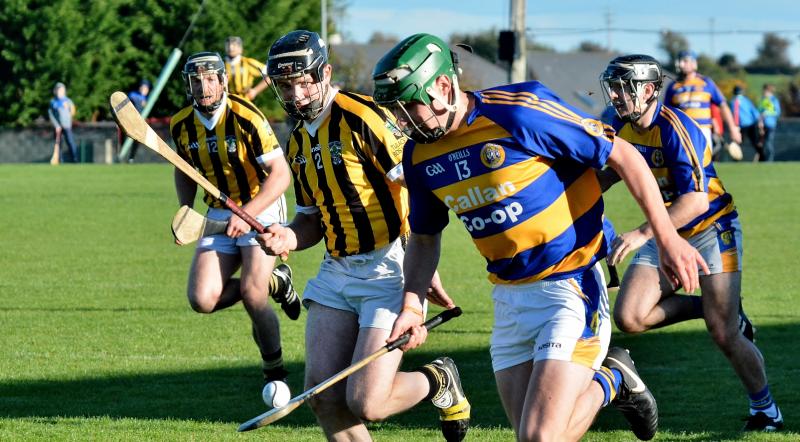 The existing Kilkenny hurling leagues/championships format doesn’t appear a good fit for the new style round robin inter-county championship, and it may have to be scrapped.
While Kilkenny struggle to find a solution to dovetail club and inter-county matches into the packed high Summer GAA games programme, they have been more or less told by Croke Park to sort the problem themselves.
This year Kilkenny senior and intermediate clubs had an unwanted 17-week break between mid-Summer rounds of the leagues because the extended county programme dominated.
There was wholesale annoyance at that, but there could be more of the same in 2019 unless a ‘Kilkenny Solution’ can be found.
Other counties, apparently, are not experiencing the same level of difficulty accommodating local matches into the packed Summer programme because their club games structures are different to Kilkenny’s.
The current leagues/championships format was first introduced here in 1982 and was tweaked in 1989, and it is generally accepted it has contributed hugely to Kilkenny’s success at inter-county level. Consequently, people would be slow to change it.
Kilkenny have plans to hold a Club Form next month to discuss the issue.
However, pleas to clubs for suggestions about how the impasse might be sorted failed to generate the ideas County Board officials had hoped.
When the issue of submissions from clubs was mentioned at Monday’s monthly meeting of the County Board in Nowlan Park, delegates were told some had been received, but most involved suggestions for changes to the inter-county programme.
Delegates were told by the top table that “we can’t change those”, so it was back to Kilkenny finding a solution to what appears to be a largely Kilkenny problem.
The ’Board debate didn’t take off after the initial mention of submissions from clubs, but it was regenerated later during a general discussion about fixtures.
Chairman Jimmy Walsh admitted changes at national level had impacted negatively on the Kilkenny club scene, and treasurer Barry Hickey suggested the style of championship here “was tying us up”.
Central Council delegate, Ned Quinn, said the difficulties experienced by Kilkenny clubs weren’t being felt in other areas because they had different competition structures, so it was “uphill against the wind trying to get change”.
The new inter-county structures were set in stone for three years at least. Kilkenny or any other county with difficulties planning a meaningful match programme for clubs during the Summer, were on their own, delegates were told.
Jimmy Walsh told delegates he knew of a prominent county who had players out of the local championships in June. He couldn’t understand that.
And he reminded that every club in Kilkenny was involved in a championship at one level or another up to about three weeks ago.
The question was posed - do Kilkenny want to change the format of the championships, or do they want to work around the round robin system?
The proposed Club Forum, which will be an arena for discussion but not a decision making body, will give club officials a chance to air their views.
The Forum will be held in November after the GAA Central Council meeting on November 11, which is expected to complete the inter-county competition schedule for next season.