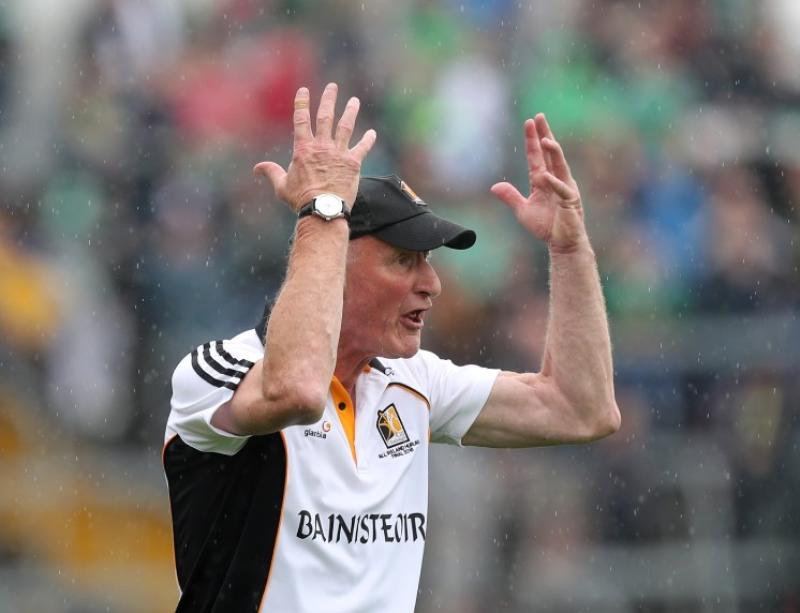 Our old friends, those hard-working analysts in Signals Intelligence at the NSA facility in Fort Meade, Maryland, have – as regular readers will be aware - long been keeping ears on two shadowy Kilkenny operatives, nicknamed “Ned” and “Brian”, in this part of the world.
The transcript of the pair’s latest conversation has come our way…
Ned: All set for another spin on the merry go round? What is it, your 21st year now?
Brian: How do you know I’m coming back? I haven’t said anything in public.
Ned: That’s exactly how I know. The fact you haven’t said anything in public.
Brian: God, am I really that transparent?
Ned: Afraid so. You’re getting more like Eamon De Valera every day. He only had to look into his own heart too, he said.
Brian: De Valera went on and on and on, didn’t he? Not unlike me, now that I think of it.
Ned: He did. In fact a lot of people reckoned he went on a bit too long…
Brian: Sorry, Ned?
Ned, muttering to himself: Feck. Did I say that out loud?... Nothing, Brian. I was just saying the evenings are getting long. Or short. Whichever. Anyway, what did you make of Limerick?
Brian: A lot of good young lads without any superstars. Just my kind of team. And John Kiely will make sure they keep their feet on the ground. Teachers are good like that.
Ned: Would you be afraid of them next year?
Brian: No. Remember how many wides themselves and Galway hit in the All-Ireland final? Thirty-five wides between them. I didn’t see anything there to put the heart crossways in me. I’d be more worried by Tipperary now that Sheedy is back.
Ned: So I take it you’ve forgiven him for pushing you on the sideline in Thurles that time?
Brian: Completely. These things happen in the heat of the moment. In fact I’ve totally forgotten it and have absolutely no idea what you’re on about. Anyway, seen anyone lately you reckon I should have on the team next year?
Ned: Yes. There’s this brilliant lad in Tullaroan. Can play anywhere. Wing-back, midfield, wing-forward. He’s so versatile you’d swear he was related to Tommy Walsh.
Brian: Ah stop it. Not you too!
Ned: Yes, me too. Look, just bite the bullet with Padraig Walsh and move him out the field! I’m sick of hearing people complaining!
Brian: But he’s a very good full-back.
Ned: Come on, anyone can play full-back if –
Brian: Excuse me???!!!
Ned: As I was about to say, anyone can play full-back if he has the brains and the right coaching. So find some young lad who, unlike Padraig Walsh, wants to defend rather than attack, then coach him. You know the tricks.
Brian: I’m getting bored now. Let’s talk about you. How’s the CCCC gig going? Did you ever get to Newbridge?
Ned, shuddering: Don’t ever mention that place again. “Newbridge or nowhere.” Oh Lordy... The CCCC has been an education alright. Apparently there’s this other GAA sport. It’s called Gaelic football. Dreadful game altogether. But I have to concern meself with that too. Nightmare stuff.
Brian: And what about this committee that’s meant to find more space for club games in summer?
Ned: No white smoke yet. By the way, thanks for your own suggestion about how to simplify the championship here.
Brian: Oh yeah, what was it again?
Ned: You proposed we give the Village a bye to the county final every year for the next five years. Nice idea but it won’t fly.
Brian: Probably just as well, now that I think about it. Imagine if Fan had no matches to go to…. How’s Lucy, by the way?
Ned: Great form. With the CCCC I’ve been gone for most of the year and she bought a new dishwasher to celebrate. She says it’s much better than the old dishwasher.
Brian: What make was the old dishwasher?
Ned: It was a Ned. Not very reliable. Always breaking plates. Anyway, that’s it for the moment. If I run into Liam Sheedy I’ll give him your best.
Brian: Do. And tell him I can’t wait to – ahem - bump into him on the sideline.
Ned: I thought you’d forgotten that.
Brian: You didn’t actually believe me, did you? I never forget.