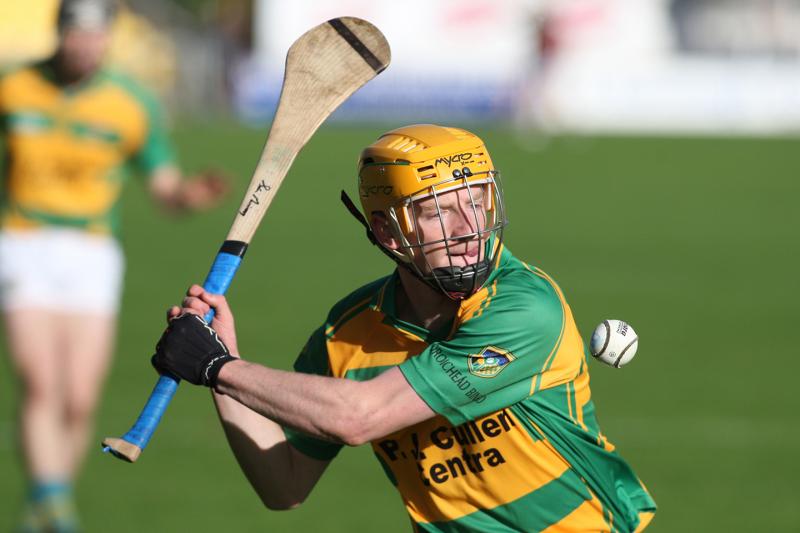 Sean Morrissey, who has known his time with Kilkenny, enjoyed a day of days when helping himself to 2-5 from play as he inspired Bennettsbridge to a cracking win over Clara in the first of the Kilkenny senior hurling championship semi-finals in Nowlan Park today.
Morrissey helped himself to 1-2 during a tight first half. However, his last point from play in the 58th minute when under extreme pressure on the right sideline shooting into the city end was a magnificent effort which underlined his greatness on the day.
The 'Bridge will be appearing in their first final since 1974 - they last won of 12 titles in 1971 - and they will face either Ballyhale Shamrocks or Erin's Own (Castlecomer), who contest the second semi next Sunday.
The opening half was a tame enough affair with the teams showing each other lots of respect. The scores were level five times in all, the last at 1-9 each in the 31st minute.
This stage was reached after two nice points from Chris Bolger brought Clara level after a 29th minute goal from Sean Morrissey, who flicked a long free from Nicky Cleere to the net, had put Bennettsbridge in front.
The 'Bridge hit the front against in the 31st minute. This time Brian Lannon got to the end of an inch perfect 40 metre pass from Liam Blanchfield before drilled a low angled ball to the net from the left inside the 20 metre line at the country end.
Just beyond the 32nd minute James Bergin clipped over a Clara free to leave them trailing by 1-10 to 2-9 at half-time.
The second half opened with an explosion of scores; seven points in as many minutes as the game took off. The last score was a Liam Blanchfield point which left the winners 2-12 to 1-14 in front.
Morrissey's second goal wasn't far off. It arrived in the 41st minute when he was alert when a free from Nickey Cleere came back into play off an upright. Morrissey's shot from 12 metres took a deflection before the ball hit the net (3-13 to 1-14).
The next point also came from the same Morrissey as the 'Bridge looked set for home. They weren't. John Murphy nabbed a goal for Clara to open up the contest again, but when that man Morrissey and Nickey Cleere (free) hit the target at the other end the contest was there for Bennettsbridge, unless there was a late, late disaster.
There wasn't!
SCORERS: Bennettsbridge - Sean Morrissey (2-5); Nicky Cleere (0-7); Brian Lannon (1-0); Aidan Cleere (0-3); Liam Blanchfield (0-2); David Blanchfield, Enda Morrisseey (0-1 each). Clara - James Bergin (0-7); Chris Bolger (0-6); John Murphy (1-2); James Nolan (1-0); Liam Ryan (0-2).