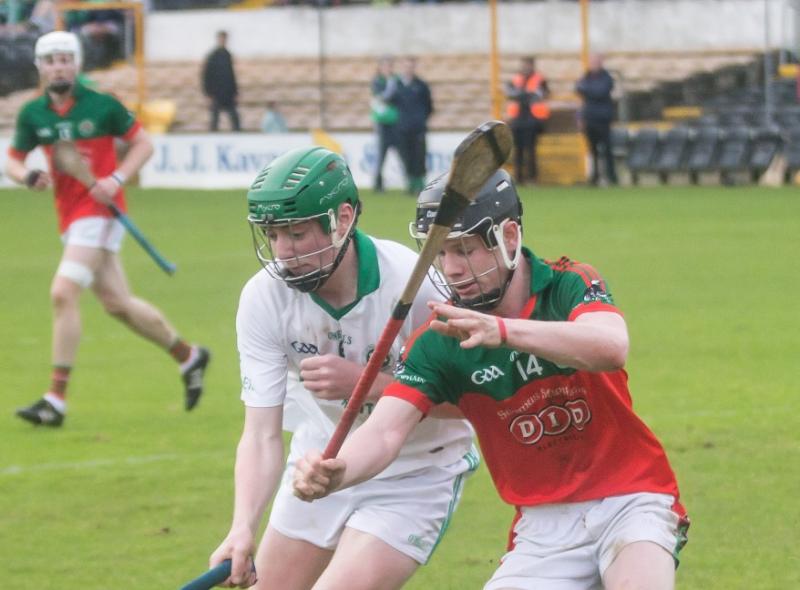 They finished with 14 men and they shot 16 wides, but an unbreakable spirit drove Ballyhale Shamrocks to a sensational victory over Erin's Own (Castlecomer) in the second Kilkenny senior hurling semi-final in Nowlan Park today.
When Eoin Brennan and Michael Murphy shot points in the 57th and 59th minutes to take Erin's Own 1-14 to 0-15 clear, they looked booked for a date with Bennettsbridge in the county final in Nowlan Park next Sunday.
But Shamrocks, who had the nice moving Adrian Mullen red carded in the 39th minute, kept driving and driving. Beyond the 62nd minute sub Eoin Cody placed attacking wing-back, Evan Shefflin, about 15 metres in front of the Erin's Own goal and the latter hung the ball up in the top right corner of the Castlecomer net.
Within seconds Eoin Cody threw over a point from a difficult angle on the left at the country end, but a late Eoin Brennan replay from Erin's Own wasn't enough to save them after what was a magnificent effort.
Playing into the wind Erin's Own enjoyed a great start when big full-forward, Anthony Owens, snatched a goal out of virtually nothing in the third minute after stretching full length to control a pass from Martin Boran.
That score didn't exactly rock Shamrocks, but with their shooting off - they registered nine wides during the half - and they looking slightly off the pace, the Southern side were led all the way to the break and beyond.
Shamrocks did bring the deficit down to the minimum when Adrian Mullen pointed in the 23rd minute (1-6 to 0-8), but they landed four bad wides after that.
Erin's Own hit half-time with a lead of 1-7 to 0-8, and with a sharpness gifted by sustained action over the past five weeks an obvious benefit to their cause.
Shamrocks were 0-9 to 1-9 down when they were reduced in numbers, but they did claim the next score, a lovely long range point from Evan Shefflin to keep them going. With the power of their two central defenders, Michael Fennelly and Joey Holden, growing stronger and stronger as the game wore on the Shamrocks simply dogged it out to the finish.
They caught up at 1-10 to 0-13 in the 46th minute, but then fell behind again. After they fell behind and caught up a second time, sub Mark Aylward pointed them 0-15 to 1-11 clear with a little over eight minutes remaining.
The excellent Michael Murphy got Erin's Own back to parity, and when Eoin Brennan and Murphy then found the target, they were within touching distance of the final. They didn't get there.