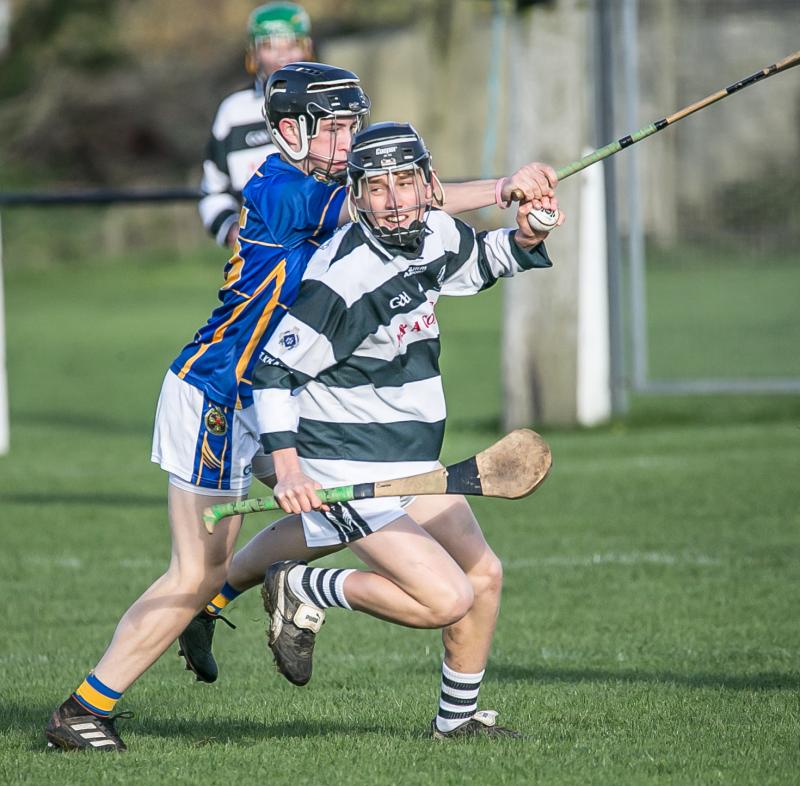 Defending champions, St Kieran’s College were hit for six points without reply during the close six minutes by wind backed Thurles CBS when they surrendered their title in a keenly contested All-Ireland colleges junior hurling championship semi-final in  Freshford today.

St Kieran’s dragged themselves back into the match and drew level in the 53rd minute when Conor Fitzgerald pointed a free following a foul on team captain, Jack Doyle (1-11 to 0-14).

However, Thurles cut loose after that and points from Ryan Walsh, Edward Meagher, Darragh Stakelum, Jack Leamy, Stephen Ferncombe and Leamy again put them into the final against the Connacht champions.

Even when backed by the wind in the first half St Kieran’s found the going hard against a physically stronger and good hurling opponents.

The scores were level at 0-1, 0-3 and 0-4 each as Thurles kept the opposition on a tight rein. When the winners scored a goal through David Fogarty in the 30th minute they went in for the rest leading by 1-6 to 0-6.

Kieran’s fell four points behind twice before a 42nd minute minor score from sub  Eoin Crowley sparked a revival. Centre-back Peter McDonald followed by landing a testing free from midfield, and when Conor Fitzgerald followed with a brace St Kieran’s drew level (1-10 to 0-13).

There was an exchange of scores between Jack Leamy and Conor Fitzgerald (free) after that before Thurles produced a tremendous finish to take the spoils.