Kilkenny Soccer: Oscar Traynor quest comes up empty-handed, but Cats can bounce back 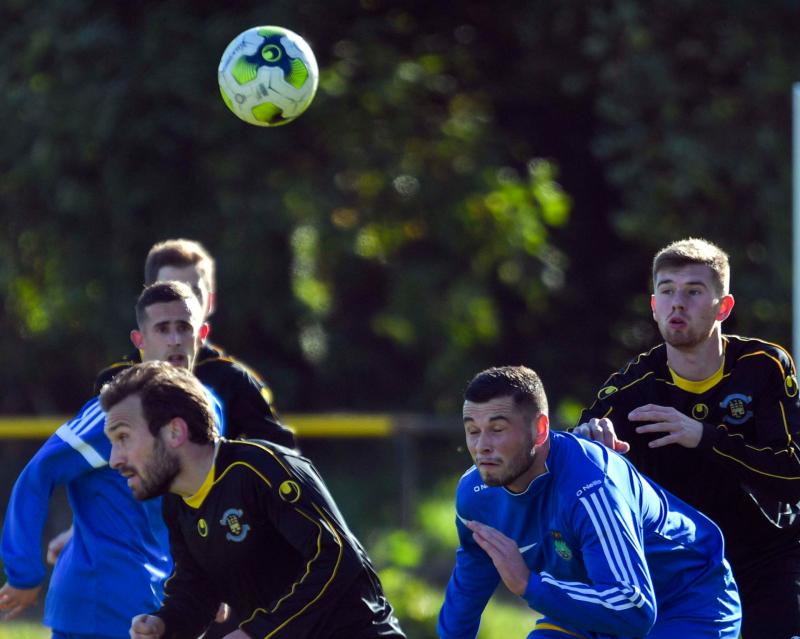 Action from Kilkenny's first game in the Oscar Traynor Trophy. They beat Wicklow, but lost their second outing away to the AUL on Sunday PICTURE: MICHAEL BROPHY

Down, but far from out - that’s the message from the Oscar Traynor camp after the Cats crashed to defeat in Dublin.

The side, led by Jim Cashin and Jim Nugent, came back from Dublin empty-handed after they were beaten 3-2 by the AUL on Sunday.

However, all is not lost - win their last group game and they can still go through to the knockout stages.

“The message is simple,” said Cashin. “Get a win against Wexford and we can make the quarter-finals.”

Kilkenny will be hoping home comforts can lead them to their second victory of the campaign - they beat Wicklow 6-2 in Derdimus - and mend the damage caused by Sunday’s defeat, where a poor start cost them dearly.

The Dubliners, who are represented by Usher Celtic, were quickly out of the blocks - by the 13th minute they were 2-0 in front, Wayne Walker and Jordan Buckley grabbing the goals for the hosts.

The AUL, who also hit the post in the opening half, retained their lead until midway through the second half when a revitalised Kilkenny hit back. Henry O’Neill did the damage, coming off the bench and scoring twice to bring the Cats right back into the game.

However, their hopes of bringing a point home were ended when Walker scored his second just a few minutes later, his deflected shot spinning over Owen Wall and bouncing inside the post.

The comeback hopes were dealt another blow when Paddy Cahill was sent off for a second yellow card in the closing stages, but Kilkenny pressed for another goal until the final whistle.

“It was a disappointing result but, we know what we have to do now,” said Cashin. “We’re confident if we put our best foot forward against Wexford we can get the result we need.”