Oh, the questions, the thought provoking questions the future throws up 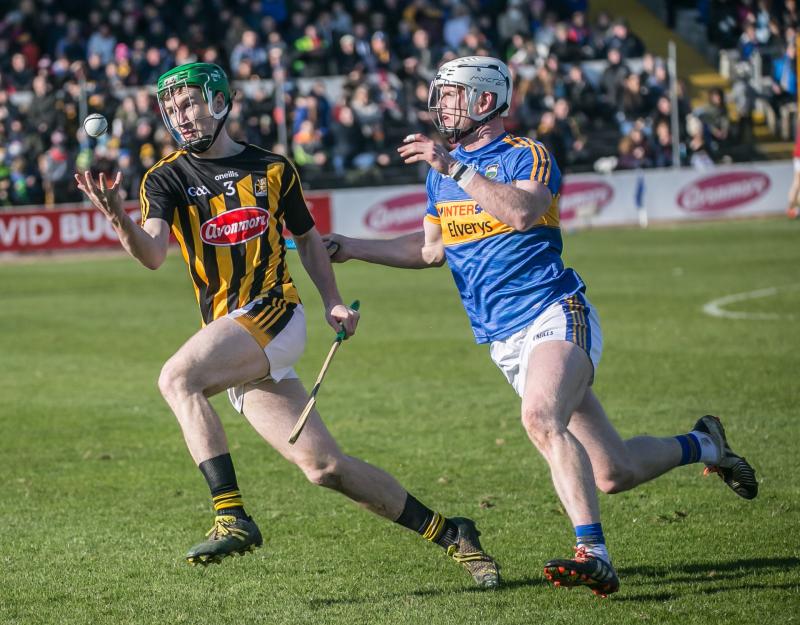 Given that Ireland were rated number two in the world prior to last Saturday night’s triumph against the All Blacks and were also second favourites for the Rugby World Cup, will they have any excuse for failing to break new ground by at least reaching the semi-finals next year?
For all the virtues of the pack and the half-back combination, will it be the x-factor provided by Jacob Stockdale and perhaps Jordan Larmour that’s likeliest to pave the way for a spot in the last four? Or – let’s live on the edge here – the last two?
On which point, and allowing for the disparity in both ability and results, is it fair to say that the Irish rugby team get so much easier a ride from the media than the Irish soccer team do? With the rugby lads getting an almost laughably easy ride on the rare occasions they do lose?
Does anyone watch athletics on TV any more?
Does anyone watch athletics on TV any more and believe what they’re seeing?
Or cycling?
How soon before Kilkenny are All-Ireland champions again?
Within the next three years? Within the next five years? At what stage will a period without the MacCarthy Cup become a full-blown crisis leading to emergency meetings of the County Board? Or is it more a case that the hurling cycle demands a fallow period for Kilkenny and there’s very little anyone - Brian Cody included – can do about it?
Why, as of midday on Monday, is Mark Hughes still a Premier League manager?
When will Kilkenny participate in the National Football League again?
Is anyone above the age of 24 remotely interested in or intrigued by C***r McG****r?
In view of the County Board’s call for creative thinking, what are the chances that Kilkenny clubs may spend the first half of 2019 playing in a newly created south-east hurling league, competing against their fellows from Wexford, Waterford and Tipperary, with action on the local front not starting till August?
Will the clubs be tempted to give such a plan a shot if it’s presented to them, if for no better reason than to avoid another April-August shutdown? And if they do, will it work?
Brilliant and all as Willie Mullins and Gordon Elliott are at their jobs, has the centre of gravity of National Hunt racing here moved to such an irretrievable extent that we may never witness another Danoli? In other words, a charismatic horse from a small stable, a People’s Champion?
Saipan
When will Irish sports editors finally say, “Okay, we’re never mentioning Saipan again”? This side of the next century?
Talking of Saipan, how many of the people who were loud and foaming Roy Keane loyalists at the time have in recent years possessed the grace to admit (even silently) that they got it wrong and that although Mick McCarthy handled things poorly, Keane handled them even worse?
Will the Dublin footballers stop at six All-Irelands in a row or will they stop at seven? And when they’re eventually beaten, in 2028 or whenever, what is the likelihood they’ll simply dust themselves down, start again and run up another sequence? (Pretty strong, I’d have thought.)
Will Tottenham’s new stadium ever be finished? Don’t they know I’m meant to be going there at the end of January?
Will Henry Shefflin eventually become Kilkenny manager? If so, when?
Will any other alumni of the Cody school go on to manage the county? If so, will it be in the 2020s or the 2030s?
Why, when defending a lead, do so many soccer teams take off a forward and bring on an extra defender, thereby compressing the field and inviting pressure, instead of trying to stretch their opponents with a fresh attacker?
Which Kilkenny All-Ireland hero was recently treated to an 80th birthday party, at which a splendid time was had by all, even though he won’t be 80 till January?!
Why have the past two months seen scenes from A Clockwork Orange re-enacted on GAA and soccer fields across the land? Why have the GAA in particular proved unable – or unwilling – to stamp out violence on the club scene for decades now? Why are clubs unable - or unwilling - to face up to the actions of their players?
What are Shane Ross’s qualifications for Minister for Sport? (Fair enough, this is a question that could be asked about a lot of ministers in every government.)
What is Martin Keoghan’s best position on the field of play? Is it possible that the question will not be resolved for another two or three years?
Talking of Tullaroan folk, when will Tommy Walsh do an autobiography?
Will Tommy Walsh do an autobiography?
Will Mancheater (not a typo) City receive anything more than a slap on the wrist from Uefa following the revelations about their creative accounting?
Who will be the next great Kilkenny forward and what age is he right now?
Right then, haven’t you had enough questions for one week?