Kilkenny: now early morning racing is on the cards 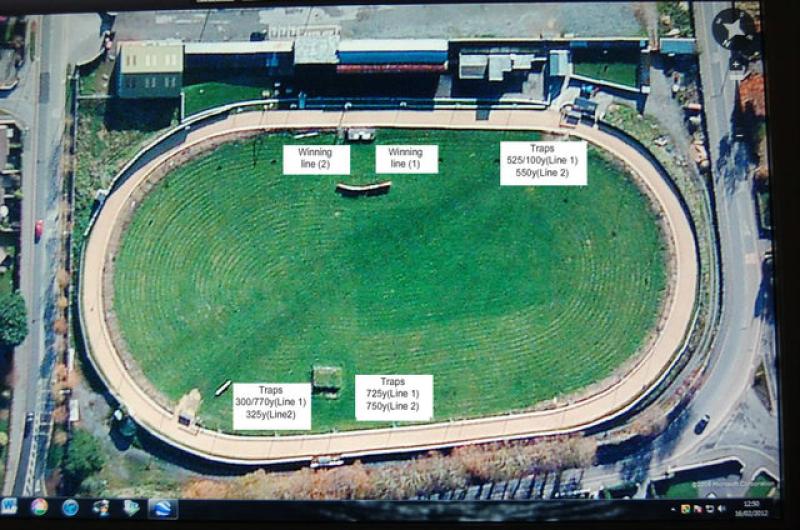 Early morning racing is on the way at Kilkenny greyhound track on the Freshford Road in the city.
As part of a bold new initiative in a link up with a leading supplier of betting services to retail and online operators around the world, the usual Wednesday night meeting in Kilkenny will now switch to the morning.
And it will be a bright and early 8.12am start.
“This is an exciting opportunity for the track, dog owners and trainers,” insisted Tom Kinane, general manager of Kilkenny Greyhound Racing Company.
The early morning racing will commence on December 12. The action will be beamed to Australia and a number of other countries at the other side of the world.
Sports Information Services (SIS), a leading supplier of 24/7 betting services globally, will sponsor the morning race meetings which will offer enhanced prize money for greyhound owners.
Whereas in the past the top three finishers in races received prize money that varied depending on the grade of the event, now all runners will qualify for money.
On top of the increased prize money, the Kilkenny Track will receive a fee from SIS for providing the racing service.
Industry sources suggest this will improve the financial situation at the Track, thus providing a viable future for owners and trainers in the Kilkenny and Carlow greyhound community.
The usual Friday night meetings (8pm) will continue to be run in Kilkenny, but even if the Wednesday card will have an early morning start, owners and trainer are said to have given the venture their blessing.
Part of the idea is to cater for betting demands at the other end of the world, while the offer of enhanced prize money has proved attractive here.
There will be so called ‘run money’. In regular racing the top three finishers receive money, but under the SIS initiative fourth to sixth place finishers will get at least €20.
In a worse case scenario, an owner who ran four dogs would be guaranteed €80 if they all finish last. The winners get the normal prize money, which could be worth up to €290.
These televised races will be graded as well.
Normally the Kilkenny track suspends Wednesday racing during December, January and February, but now there will be two meetings per week throughout the year.
SIS made it known they had a Wednesday morning racing slot available in their schedule, and the Kilkenny track was successful in its application to provide the service.
“I am confident this will work,” Mr Kinane added. “The response from the owners and trainers has been very positive. All appreciate the increase in prize money.
“The start time for the races is a bit unusual, but the willingness is there so I’m sure it can be a success.”
In recent years SIS has worked with the Irish Greyhound Board to show racing live from tracks in Tralee, Limerick, Mullingar and Youghal. Now Kilkenny is set to join the list.
There has been greyhound racing in Kilkenny since June 1946. The first ever winner was Rebel Gunner. The following year the track’s most famous event, the McCalmont Cup, was run.
Some time ago the Irish Greyhound Board announced a €1-million grant for Kilkenny. This will be used to renovate the existing stand.