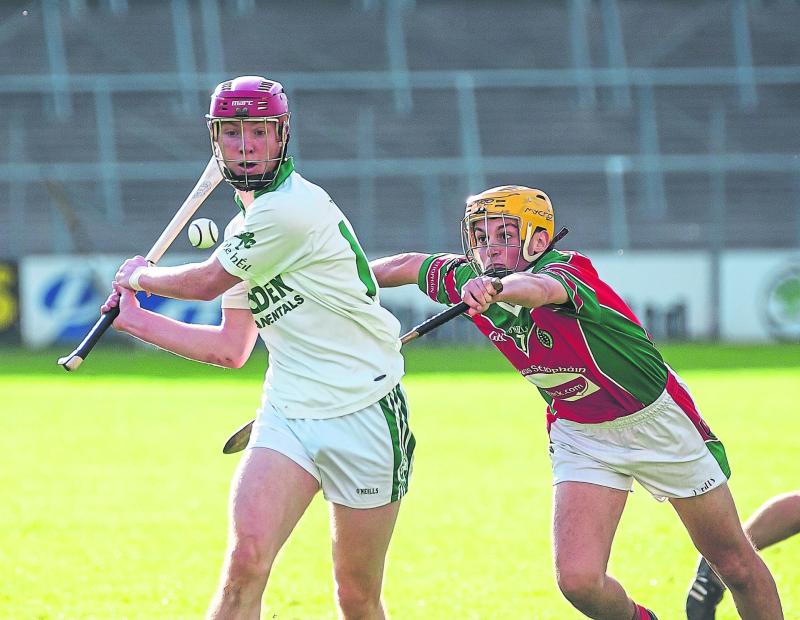 The South Kilkenny outfit extended their lead at the top of the Roll of Honour in the Leinster club senior hurling championship when overpowering Ballyboden St Enda’s (Dublin) in the final at wind and rain lashed Netwatch Cullen Park today to claim their ninth title.

This was a right good and engaging contest during the first half, at the end of which Shamrocks led by 1-9 to 0-8.

However, afterwards they simply overran the opposition once T.J. Reid kicked off the new half action with a point from a free after 90 seconds following a foul on Brian Cody.

From there  on Ballyboden, who had promised so much earlier, were all but going backwards. The losers were restricted to a mere three points during the half as Shamrocks, with Richie and Eoin Reid and Darren Mullen star performers, simply turned on the style.

The early action was fast and furious as the teams simply let rip. Shamrocks were right on the button in terms of attitude and approach, matching the serious pace and work-rate of the opposition.

For a while flying Shamrocks threatened to run away with the game. They opened out at 1-2 to 0-1 lead after eight minutes, Eoin Reid, T.J. Reid and Adrian Mullen (goal) taking the scoring honours as they produced some wonderful combination play.

However, Ballyboden improved after free taker Paul Ryan shot their second point and for a while their well directed ball to full-forward, Collie Basquel looked a possible route of destruction.

The Shamrocks created lots and lots of chances, but they failed to reflect their slick hurling on the scoreboard as they shot 10 wides before the break. Their defence worked out how to contain the Dublin attack, and by half time they were in control. Afterwards they dominated.

After the turn the Shamrocks points piled up - T.J. Reid (2), Adrian Mullen, Colin Fennelly, Eoin Cody, Michael Fennelly before the door was slammed shut on Ballyboden in the 53rd minute.

That was when Adrian Mullen struck for his and Shamrocks second goal. With the score at 2-18 to 0-9 there was little left to be decided.

The victory rounded off a fine hat-trick of Leinster titles for Kilkenny clubs. Dunnamaggin (junior) and Graigue-Ballycallan (intermediate) won their deciders on Saturday.