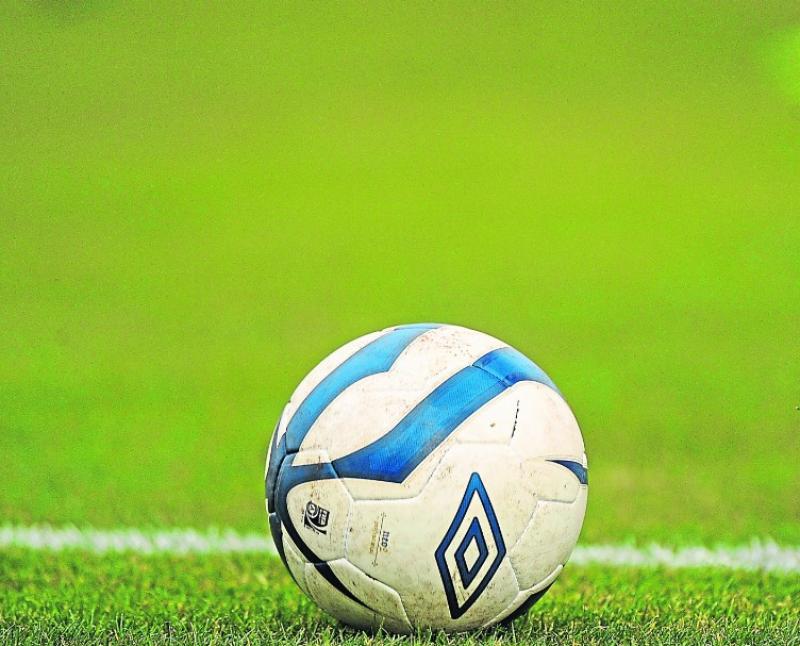 Two Kilkenny teams are still standing in the FAI Junior Cup after putting their names in the hat for the sixth round draw.
While Conor English was helping Freebooters beat Fermoy 3-0, his former club Evergreen sent Loughrea Rams packing from the national competition - but they didn’t have it all their own way. It took two goals from Sean Barcoe to give them the lead by half-time after the visitors had opened the scoring.
They never looked back after that, storming further ahead through Owen McCormack and Ben Hickey. Chris Whearty made it 5-2 before Barcoe completed his hat-trick on the stroke of full-time to seal a 6-2 win.
’Town go joint top
Thomastown United went joint top of the Premier Division with Freebooters A, but had to work hard to see off a spirited Deen Celtic.
The Castlecomer side, who earned their first league win of the season last week against Fort Rangers, were keen to make it two in a row at United Park and took an early lead.
They held it until after the hour, when Andy Kavanagh levelled matters. Celtic went ahead in the last 10 minutes but a late charge - Jack Barcoe made it 2-2, before Eamon Lyster’s struck in injury-time - saw United win 3-2.
Brothers spelled bother for Clover United as Dean and Murty Broaders grabbed all three points for Highview Athletic A.
Two goals for Dean, plus another for Murty, saw the Graig men prevail 3-1 in Rathdowney.
In Division One Bridge United went level with leaders Freebooters B when they beat Evergreen C 2-0. Stoneyford United got back to winning ways when they beat Spa United 2-0 in Johnstown, while Callan United saw off Thomastown United B 5-1 on the road.