The crown awaits - but how do Cats accommodate King Henry? 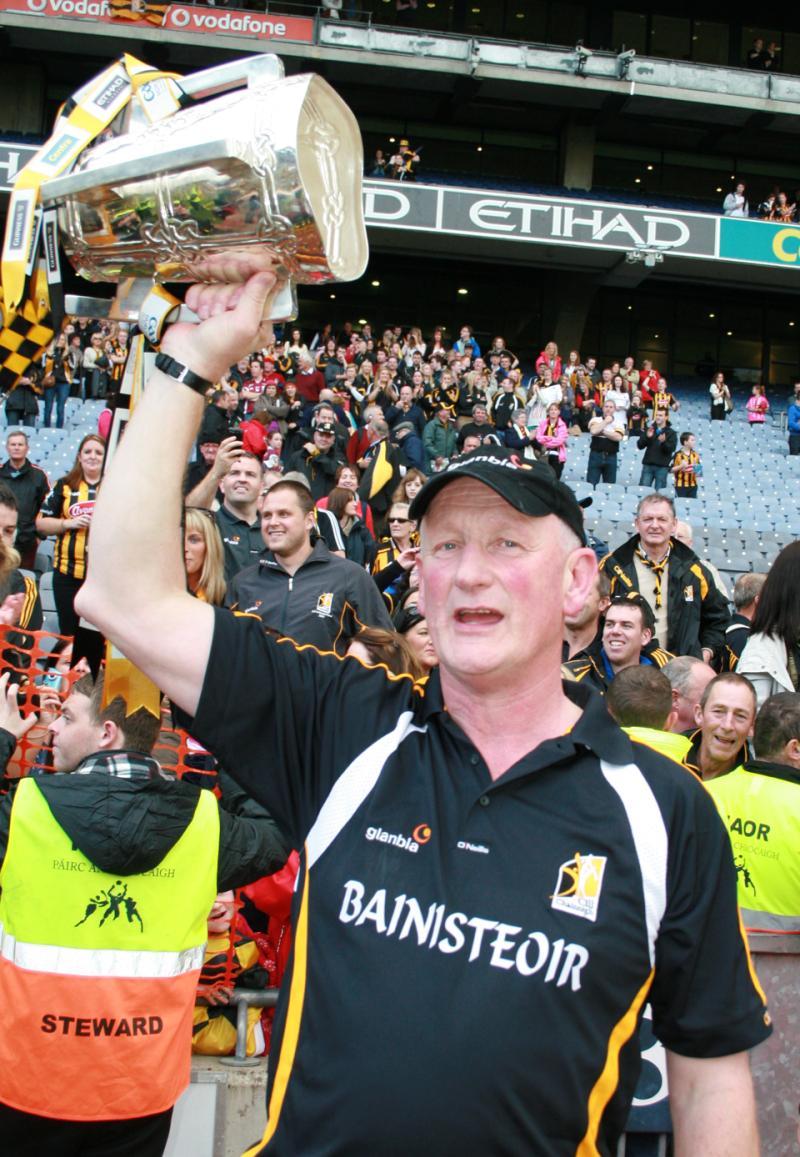 Kilkenny manager, Brian Cody with a much loved friend

Keen watchers of the political scene in Moscow are known as Kremlinologists. My friend Brian is a keen Codyologist.
Obviously I’m no back number in the latter regard myself. It goes with the territory. Come to think of it, after 20 years of him conquering peak after peak with Kilkenny, we’re all Codyologists to some extent.
But my friend Brian, being a chap of impeccable James Stephens lineage, has known Brian Cody forever. He was taught by him many moons ago in St Patrick’s De La Salle. He was coached by him, even if Cody never deigned to change Brian from left hand on top to the orthodox grip. He was there at Semple Stadium that tempest-tossed day in 1976 when James Stephens became the county’s first All-Ireland club champions. He’s been in Croke Park to see the stripey men lift all those MacCarthy Cups on Cody’s watch.
He is, therefore, arguably the world’s leading authority on Cody and over the past 20 years we’ve had many a conversation about the great man.
Cody’s resilience. His durability. His unceasing determination. His absolute love of hurling. His unparalleled ability to inculcate spirit and build teams, then rebuild them. His flexibility, an attribute widely overlooked by many observers. His talent for speaking at length in interviews while saying absolutely nothing. His all-round genius.
His foibles too. His persistence in believing that the long ball was the best ball or the only ball. The consequent pathological inability to cope with opposition sweepers. His slowness to make changes during a match. The bizarre wheeze of recasting Jackie Tyrrell as a centre-back. All those minor failings that served merely to paint Cody’s achievements in day-glo neon.
(Just for the record, my friend Brian does exist. I haven’t invented him for the purposes of this article. If Cody racks his brains hard enough he should be able to guess my guy’s identity. A flukey guess will suffice…)
Anyway, Brian said something interesting the other day. The resurgence of Ballyhale Shamrocks he declared to be, if not outright bad news for Cody, then at the very least a shot across his bows. Because at long last there’s a plausible successor to him out there. Henry.
Long regarded as Cody’s manager on the field, Shefflin is now a manager in his own right and getting quite the tune out of his charges. As Colin Fennelly remarked after last week’s demolition of Ballyboden St Enda’s, how could any player not want to give his all for Henry?
So at the risk of putting the cart before the horse, how long before Henry is a Kilkenny selector with an eye to being groomed for the top job? How practical would it be? For one thing, would Cody want it? For another, would Henry? A management team containing the Reigning Boss and the Next Boss sounds a better idea in theory than in practice.
Yet the travails of Manchester United since the retirement of Alex Ferguson make it clear that the Kilkenny County Board cannot do nothing. There’s an onus on them to at least contemplate the issue of succession planning.
It would be a thorny issue in any case. How does one replace the most successful hurling manager of all time? In this instance, however, the task is made all the thornier by the fact that the process has no timescale.
Cody might do another year or two. He might do another five years. If health and success and self-hunger permit, he might do another seven or eight years. How can the County Board plan for that? Simple answer, they can’t.
One stopgap move might be to conclude that Shefflin will manage Kilkenny at some stage, which of course he will, and to expedite the transition by adding him to the backroom team in the next season or two. That way he’d be in a position to make a seamless ascension to the throne in due course, should the planets align.
An alternative scenario could involve Henry doing a couple of years as a selector, stepping away for a while if Cody continued in the hot seat, then – his apprenticeship done – coming back in due course to take over.
Fanciful? Perhaps.
But to repeat: the County Board cannot do nothing. Fail to prepare etc…