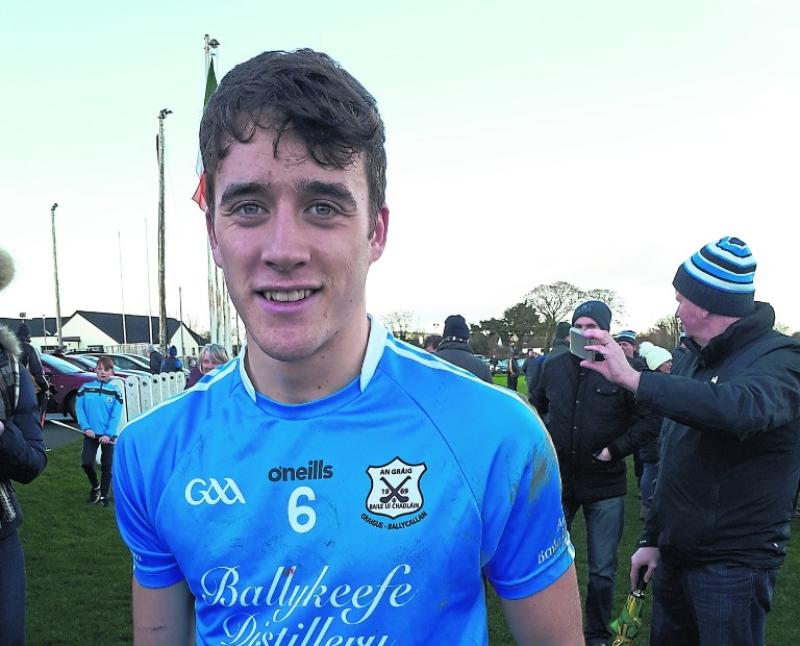 This was a fast paced, well contested and good hurling under-21 Roinn B decider, but Graigue simply had too much know-how for talented losers.

The star attackers started in impressive fashion when sharing equally in Graigue’s opening six points. By the finish they had bagged 11 scores between, with Brennan the star shooter with seven points, six from play.

The ’Bridge didn’t get a chance to draw a breath at the start. Within three minutes Brennan had already registered twice, and Sean Ryan picked off a third point.

Graigue kept up the high tempo, but the opposition dug in and thanks to some fine scoring by Jamie Harkin, David Blanchfield and Danny Coyne they were still very much in the race when 0-7 to 0-10 behind at the break.

Graigue opened the second half with a point within 25 seconds from Brennan, with an assist from Ryan.

It wasn’t until nearing the end of the quarter when Jesse Roberts, Shane Hennessy, Brennan and Sean Ryan all put points together to open out a 0-15 to 0-9 lead that the ’Bridge, for all their wholehearted effort, looked in trouble.

To the credit of the losers, they kept up a determined chase to the finish with David Blanchfield, Jamie Harkin and Conor Murphy putting in powerful work, but Graigue never looked in danger.