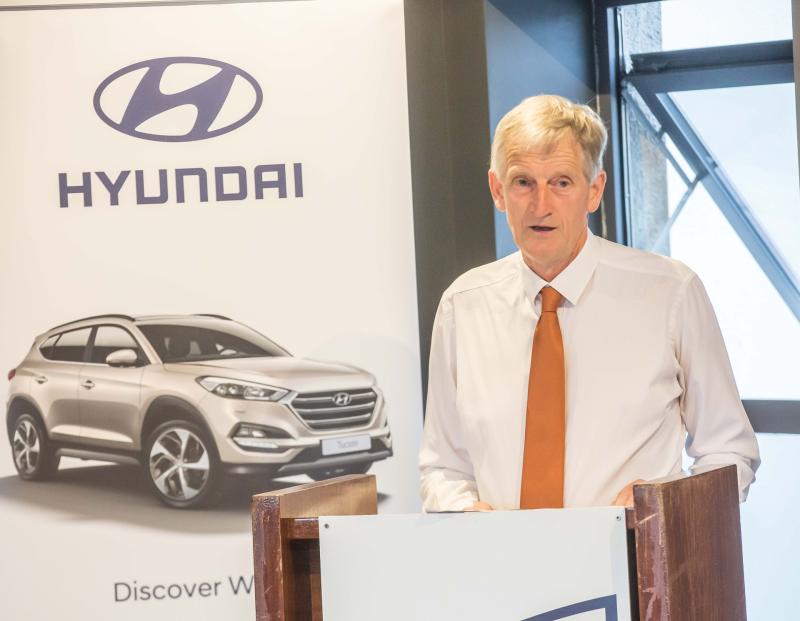 History will judge Kilkenny warmly, and the games structures in place here will, long into the future, be proven to have served all units of the GAA well.
That was the opinion expressed by Kilkenny County Board chairman, Jimmy Walsh, when he took stock of the games situation in the county during his annual address to County Board Convention.
It has been a busy and difficult year for all involved in the organisation of games in Kilkenny, he opened when addressing the matter, insisting all were well versed in the reasons why.
“As a result, there has been much debate and reflection,” he suggested. “I feel that when a thesis is done on Kilkenny’s success on the hurling fields this century, it will be found that the local fixtures programme that has been in place for a generation has played a huge part in it.”
He said the new playing season was just around the corner and many very thoughtful proposals have been made and consultations taken place.
It was hoped, he said, that the plans for the three early season games in April and May, and playing some of the minor league games without county players, will go some way to give more regular games to all club players.
Listen
The draws for these games will be made around the middle of next month.
“Having seen fixtures struggle through 2018, I hope the decision makers were listening and will take on the feedback to give all club players the opportunity to have a regular Summer programme of serious games,” he said.
“This is the very basic requirement to avoid a repeat of the club fixtures issues in the past year, and also to keep all of our club players with us.”
He extend thanks to the CCC’s Committees that met almost weekly, up to 40 times in the year, to ensure a smooth flow of games. In particular he thanked chairman, P.J. Kenny and secretary, Dan Kenny and their committee who put in a colossal effort.
The Windgap official said an area Kilkenny must focus on is retaining and building on playing resources where they have strong numbers at under-13, with a fall off from there to under-21.
He felt the current players journey after Cumann na mBunscoil, through Coiste na nÓg, the Post Primary schools and Squads must be more co-ordinated as the new imposed inter-county Round Robin system delayed the playing of minor matches.
“This meant that the majority of players are expected to serve two masters in club and schools in September and October, and are then inactive for the following six months,” he pointed out.
Plans in place
“Similarly, plans must be put in place to look at keeping our young players. The under-19 competition was a great success and needs to be fine tuned.
“However, more needs to be done to ensure that all players and especially those who made under-age county panels are not lost. They are the key to the continuation of all of our clubs into the 2020’s and thirties.”
He said the main focus in Kilkenny was hurling, and all were thrilled to welcome the granting of UNESCO Heritage status to the game.
“It is our heritage and it is something we are all aware of,” he said. “We are amazed at the reaction from visitors to the game. I am delighted too that the long term work of our handball personnel has been recognised by the County Council.
“I congratulate them on their recent award. It is truly well deserved.”
He welcomed the provision of funding by the County Council to assist with coaching as an acknowledgement of the work that is done for young people and communities.
“It has been hard-earned. We will have to deliver on it to ensure it can be continued into the future,” he insisted.
The chairman congratulated Piltown on winning a Joe McDonagh Foundation bronze medal for the promotion the Irish language in this year, Blian na Gaeilge.
Also congratulated were Barrow Rangers (Paulstown) for qualifying for the Leinster Scór juvenile Rince final.