Clubs need help, so give it to them - Kilkenny secretary 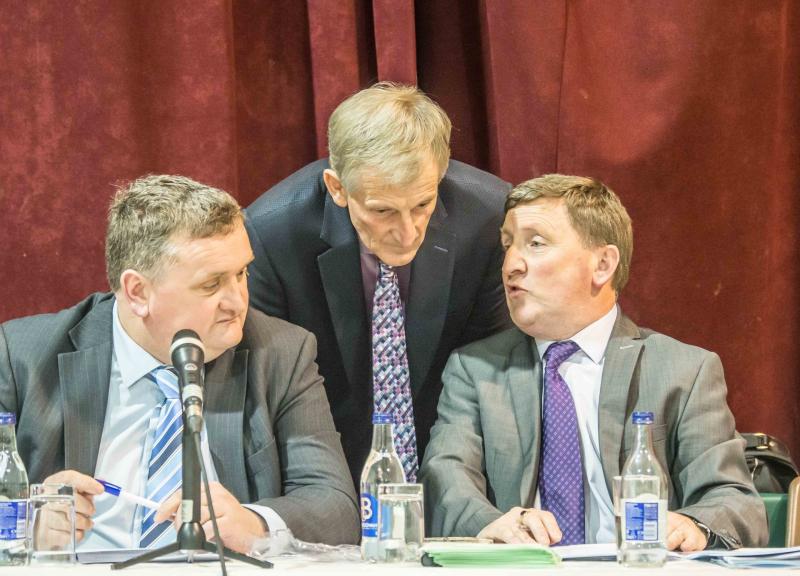 Kilkenny County Board secretary, Conor Denieffe, lauded the work of the hundreds of people who keep Gaelic games going at club level, and he called for more support for these loyal volunteers.
Speaking during his annual address to County Board Convention, the O’Loughlin Gaels clubman said one of the most concerning developments at club level has been the number of officers who have stood down.
A brief survey completed earlier this year revealed that in Kilkenny no fewer than 29 club chairpersons, and 25 club secretaries relinquished their position in the last three years (2016-2018).
After thanking these people for their dedication and commitment, Mr Denieffe, said there was no doubt but that the demands on club officers were continually increasing.
“If, as I believe, the increased workload and responsibility is the main reason for the very high attrition rate of officers, then it is essential that appropriate support must be given to them,” Mr Denieffe said in what was his first report as secretary.
“Great credit is due to new officers who have taken up the challenge,” he added.
In recognition of the challenges involved for club officers, the GAA have rolled out a new Club Leadership Development Programme the secretary said during a 26-page report that touched on all aspects of the year’s activities.
The idea is that club officials will get an opportunity to gain key knowledge and skills to carry out their roles effectively.
There are modules for newly appointed officers. These are scheduled for February, and then there will be topical modules on Communication in a Club, Games Development and Player Welfare, Volunteer Recruitment and Club Governance.
A module on the club AGM was organised in Kilkenny recently. The organisation and delivery of this Club Leadership Programme was the responsibility of the County Development Officer.
He pointed out that in recognition of the importance of the role it will be an appointed position from 2019 onwards.
Mr Denieffe revealed that Seamus Reade (Thomastown), having been appointed, will continue as Kilkenny’s Development Officer.
When the secretary turned his attention to increasing insurance costs, caused by an increase in the number of claims being pursued against GAA units, he warned that it was essential that clubs maintained a watchful and responsible look out for potential risks.
“In this way premiums can be kept down and the trauma of a claim and the loadings that can accrue can be eliminated,” Mr Denieffe said.
He suggested to clubs that they should always ensure competent planners and contractors were used on all new builds and maintenance work.
“It is also essential that excluded or prohibited activities do not take place on club property, and that all non-GAA users of meetings rooms, indoor halls, function rooms, bars, playing fields, walkways, playgrounds, all-weather facilities and gyms have their own insurance in place and that they can produce it,” he added. “If any doubt exists it is essential to have its cover verified by our insurers.”
The National Insurance Committee and Allianz Insurers visited a number of Kilkenny clubs again this year carrying out risk assessments and providing valuable advice in an attempt to reduce insurance risks.