This is the season to - get hooked on a book! 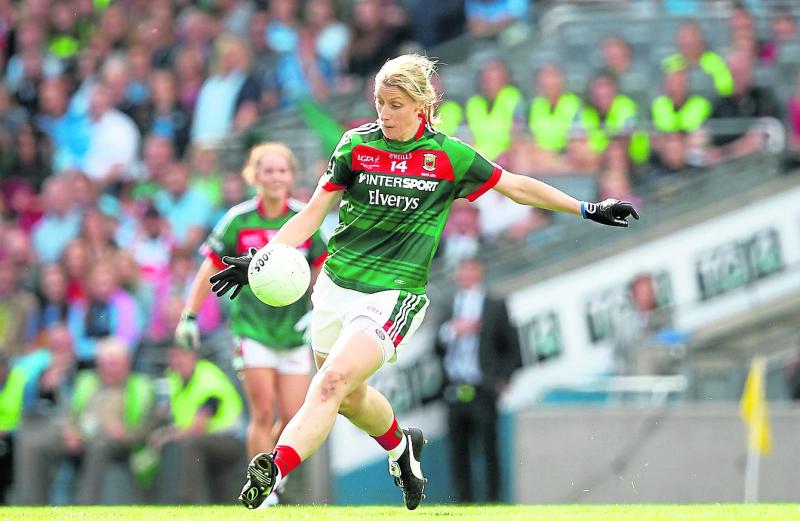 It’s Christmas time. There’s no need to be afraid of reading, buying or borrowing sports books. (Sorry).
Some of the most high-profile tomes of 2018 came your correspondent’s way in his sideline as a literary reviewer. Here’s a quick rundown of the eyecatchers.
Game Changer by Cora Staunton (Transworld Ireland)
It was a pity that Angela Downey never did a book. That being the case, we’ve had to wait for the Mayo football wizard to produce the first autobiography by a female gaelic games player. On the field Staunton is a force of nature; off it she is “quiet and awkward”.
In addition to reliving her glory days with Mayo and her late-career switch to Australian Rules football, she’s good on the trials of growing up and learning how to be herself. Every Irish teenage girl who plays a sport should read Game Changer.
At All Costs by Davy Fitzgerald (Gill Books)
Apt title for the second instalment of Davy’s memoirs, with the purely hurling elements making for rewarding reading.
He’s particularly good on his spell with Waterford and doesn’t gloss over the disaster of the 2008 All-Ireland final. He’s a big fan of Brian Cody, which has only made him all the more determined to beat him.
But too much of the book is taken up recounting the petty feuds and running battles Davy has had with various people, among them a falling-out with Jamesie O’Connor. Now hang on a minute here: how can anyone fall out with Jamesie O’Connor?
Fitzgerald has endured health problems and fears dying young; the reader finishes the book wishing for everyone’s sake, but primarily his own, that he’d learn to relax a bit and try to smell the roses. Then again, would he be Davy if he did?
Stand Up and Fight by Alan English (Yellow Jersey)
A Cork guy I know who works for Aer Lingus has met many New Zealanders in his time. They don’t like it when he mentions Munster v the All Blacks at Thomond Park, not least because the tourists failed to put a point on the board that famous afternoon in Limerick.
Based on 150(!) interviews and first published in 2005, Stand Up and Fight has been updated for the 40th anniversary of the match and includes a where-are-they-now appendix. One of the handful of truly great Irish sports books has just got even better. Ginger McLoughlin is still the hero, though.
The Lost Soul of Eamonn Magee by Paul D Gibson (Mercier)
Ever heard of Eamonn Magee, the former world champion boxer from Belfast? Read his story and you may or may not wish you hadn’t. Try this for a paragraph:
“I’ve been beaten with baseball bats, I’ve had my throat slashed, I’ve been kidnapped and I’ve been exiled out of the country. My family’s been held captive in our home as well. I’ve been shot twice, I’ve been in prison and my son’s just been stabbed to death. Amongst all that, I was the welterweight champion of the world while drinking the bar dry and doing enough coke to kill a small horse every night. My life’s not a book, it’s a f***ing movie script.”
Rightly voted the Irish Sports Book of the Year, this is an astonishing read – and, consequently, not an easy one.
Dublin – the Chaos Years by Neil Cotter (Penguin Ireland)
Remember Ray Cosgrove, so brilliant but so fleeting? Remember the peroxide head of Mark Vaughan? Remember when the Dublin footballers were not a juggernaut but rather a bunch of startled earwigs who kept coming up short? Here’s the story of the Dubs pre-Pat Gilroy. Raw, earthy and great fun.
Crisis and Comeback: Cork in the Eighties by Michael Moynihan (Collins Press)
Okay, this isn’t technically a sports book, but never mind. In the 1980s Cork city was devastated after Ford, Dunlop and Verolme all closed within 18 months.
The ramifications and the fightback are detailed here, along with interesting nuggets like Leeside’s antipathy to CJ Haughey (the reason being, of course, that he wasn’t Jack Lynch) and how Flower Lodge was lost to the GAA and became Páirc Uí Rinn. An intriguing and immensely enjoyable slice of social history.