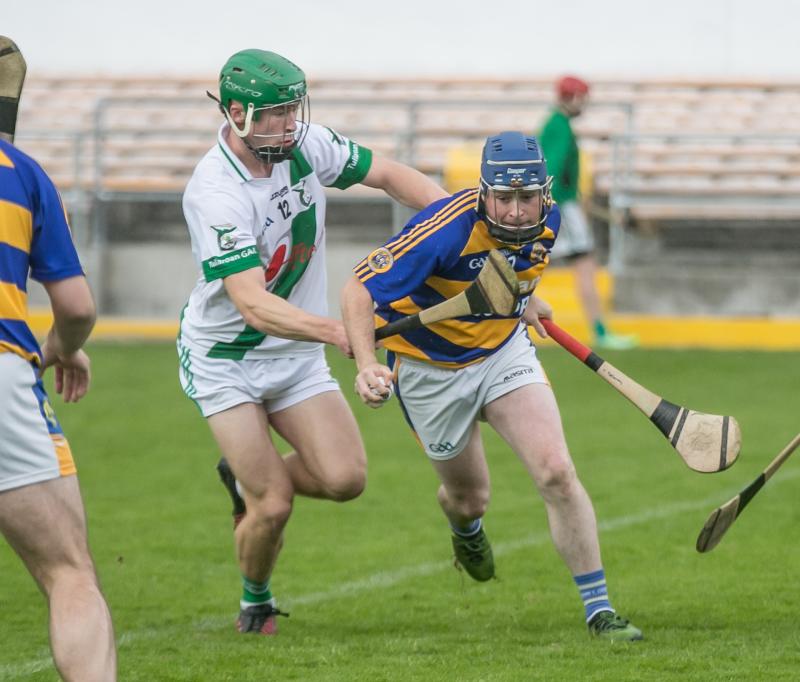 Towering centre-back, Paudie Foley, was they key striker when Wexford scored a battling win over Kilkenny in the Walsh Cup senior hurling semi-final in Enniscorthy today.

The Crossabeg-Ballymura clubman helped himself to seven points, six from frees, as defending champions, Wexford booked a place in next Sunday's final against All-Ireland finalists, Galway.

On a pleasant enough day and pitch that played well, the good size crowd was treated to ordinary fare, although both sides put in a strong effort. Attackers simply failed to shine and neither goal was ever really threatened.

Both sides missed handy enough chances from frees, so in the end the contribution of the sweet striking Foley, especially from long range set plays, was decisive.

While Wexford can look forward to another muscle flexing outing next weekend, Kilkenny must sit it out and they won’t have a match before they open the defence of their National League title against Cork at Nowlan Park this day fortnight.

Wexford’s Jack O’Connor and Liam Blanchfield (K) were both shown a straight red card following a melee in the 40th minute, which was an isolated incident in the match, but they now stand to miss a game because of suspension.

There was little between the teams during most of the first half, when the scores were level on four occasions. The last time was at 0-6 each in the 34th minute after Kevin Kelly, who had missed two early frees, brought Kilkenny back on terms.

The visitors kicked on with two more quick scores from Kelly before a late reply from Harry Kehoe, following a foul on Aidan Nolan, left Kilkenny leaders by 0-8 to 0-7 at the break.

The winners drew level through sub, Jack O’Connor in the 37th minute. The dismissals followed, and when the game settled down, the scores were tied twice subsequently.

Wexford regained the lead when Foley converted a long range range free. And when Kilkenny surrendered possession when a short puck-out went wrong in the 57th minute, Aidan Nolan snapped up a point for the home side to shoot them 0-12 to 0-10 clear.

The Cats hit back for a point from Ger Malone, but Foley landed another free for Wexford before a bad clearance gifted possession to Diarmuid O’Keeffe, who registered the home side’s 14th point (0-14 to 0-11).

Although centre-back, Paddy Deegan had the next point for the losers, they never really looked like pulling back the opposition as both sides finished with a blast of wides.

Interesting to note that Éanny Martin from the Carrickshock club (Kilkenny) played in goal for Wexford. He is usually a midfielder or attacker, but Wexford manager, Davy Fitzgerald, singled him out for praise after the match.