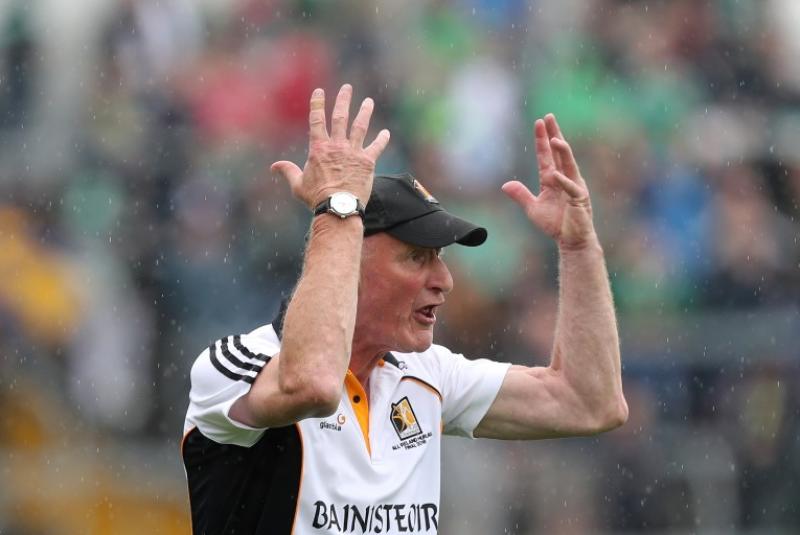 Some years ago a chap called John Eisenberg wrote a book entitled That First Season.
The second part of the title was quite the mouthful. How Vince Lombardi Took the Worst Team in the NFL and Set It on the Path to Glory.
The Green Bay Packers hadn’t enjoyed a winning season in over a decade when Lombardi arrived in snowy Wisconsin in the dead of winter, having made the long haul from New York in a wood-panelled station wagon. Within a few years he had built an American football empire. In his book, however, Eisenberg concentrated on how Lombardi went about installing the foundations of that empire.
Someone will eventually write a book about the hurling empire Brian Cody built with Kilkenny. How much attention the author will pay to Cody’s first season is anyone’s guess. Most of what took place during the National League of 1999 has long been forgotten. Yet some memories do remain.
The competition was sponsored by Church and General, Kilkenny were in 1B and they opened on February 21 with a narrow defeat to Cork in Páirc Uí Rinn.
Yes, I was there. The pitch was predictably soft given the time of year but a fine contest ensued nonetheless, with the hosts just about value for their 0-14 to 1-9 win, not least because they finished better after the sides were level with eight minutes left.
Cody professed himself satisfied afterwards and he was entitled to do so, his troops having hung in there during the second half despite facing a gale. The damage had been done in the opening period; the scoreboard read 0-6 apiece at the interval.
Here were a few of the names on the visitors’ team sheet that day. Martin Carey in goal. Johnny Butler at number two and John Costello beside him. Eamon Kennedy at centre-back. John Hoyne at centre-forward. Ken O’Shea and Johnny Dooley in the full-forward line.
Kilkenny’s top scorer? A newcomer called Henry Shefflin with 1-4, 1-1 of it from play. There were only two other scorers: Charlie Carter (0-4) and D.J. Carey (0-1).
Juggling
Defeat on Leeside was followed by a run of victories against Laois, Tipperary, Down and Wexford. The latter game threw up a memory that has stuck: the sight of Shefflin indulging in a spot of juggling.
He tossed the sliotar over Ger Cush’s head, skipped around him, caught it on the far side and, to a mighty roar, belted it between the uprights at the country end of Nowlan Park. Henry would probably be embarrassed to be reminded of his showboating now, and it’s safe to assume Cody told him not to pull a stunt like that again, but to the home crowd it was intoxicating.
Here was evidence that a new star had arrived in town, a chap who – and this was the important bit – was constructed along different lines to the small, nippy forwards the county had been churning out for years.
Here was a big lad who could win his own ball, protect it, snipe points from play from 50 metres (another long-running Kilkenny problem at the time) and on top of all that possessed the cheek and confidence to attempt tricks. Even against Ger Cush, the latest in a line of Wexford defenders not to be trifled with.
The winning run ended at the Gaelic Grounds in the League semi-final when Galway caught the men in stripes with a late goal. Big deal. We’d seen enough.
A new and powerful Kilkenny was emerging under the new boss. That much was already clear, that first season.