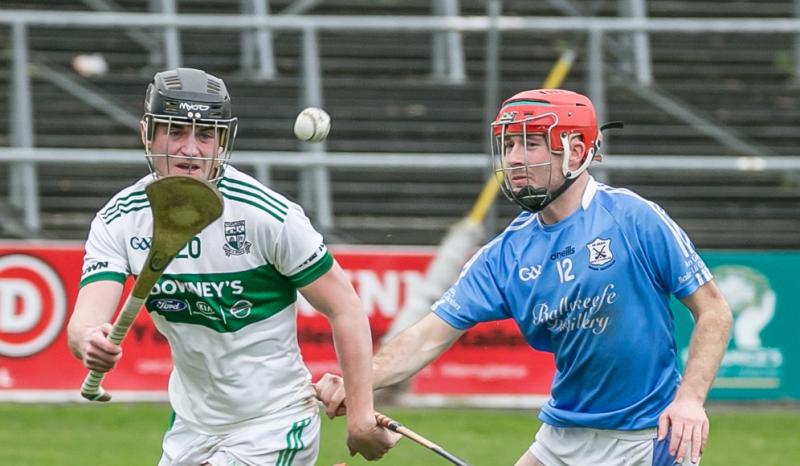 The dream of getting to play in Croke Park died for Kilkenny champions, Graigue-Ballycallan today when they were beaten by a good hurling Charleville (Cork) side in the All-Ireland club intermediate semi-final in Thurles.

Graigue looked to be finding a good stride when they out-gunned the opposition by 0-6 to to 0-1 during the closing 10 minutes of the first half to cut out an interval lead of 0-9 to 0-7.

Free taker, Conor Murphy was in splendid form. He helped himself to seven points during this half, three absolute beauties from testing distances on the sidelines as the losers attacked the town end goal.

However, after the turn Charleville snapped back with real authority. Early points from flying midfielder, Jack O’Callaghan and speed merchant and star player, Darragh Fitzgibbon had them level within two minutes.

Twice the teams exchanged points after that, but when Charlieville landed 1-3 between the 43rd and 56th minutes to open out a lead of 1-14 to 0-12 they looked the best bet to make that February 10 trip to Croke Park for the final.

The run opened with a point from Andrew Cagney, who took over the free taking from the injured Fitzgibbon, who was subbed off. The latter rejoined the action minutes later, but eventually he had to give in to a knee injury and he went off for good in the 52nd minute.

By that time Cagney had scored a goal that Fitzgibbon was involved in (1-12 to 0-11). When Cagney and Jack Doyle added points against one reply from Graigue by Billy Ryan the divide was a hefty 1-14 to 0-12 with four minutes of normal time remaining.

The Noresiders chased hard to the finish. Conor Murphy picked off another point and in the 61st minute Aaron Brennan snatched a goal, the last score of the match in a sustained attack.

However, time ran out on Graigue and the big dream ended after what had been a memorable voyage in the club championship.