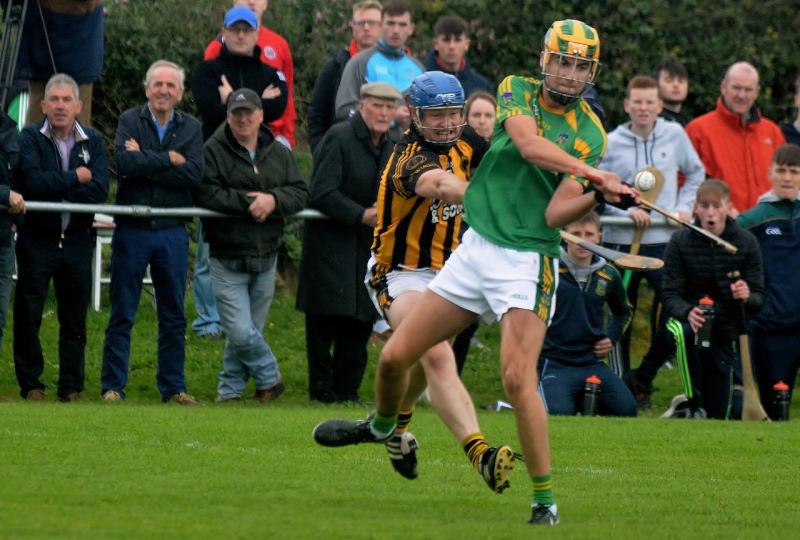 The South Kilkenny outfit produced as gutsy a performance as they are ever likely to cobbled together when edging out determined Cloughduv (Cork) in a nail-biting All-Ireland club junior hurling semi-final in Dungarvan today.

In the end a 77th minute point from free taker and top scorer, Thomas Maher, when placed by Darragh O’Keeffe, proved the deciding one as the Cats booked a place in the final against Castleblayney (Monaghan).

After an early exchange of points Dunnamaggin, thanks to a steady defence well marshalled by Noel Hickey and Willie Phelan in the central positions and the fine play of Darren Fitzpatrick, John Fitzpatrick and Thomas Maher, enjoyed the better of things. They hit half-time leading by 0-11 to 0-5 after playing against the wind.

Cloughduv were a new team after the turn. They tore into the opposition, and boosted by a 34th minute goal from Mark Walsh they got their running game going.

They caught up in the 53rd minute when Mark Verling pointed (0-14 to 1-11). The Noresiders regained the lead through Maher, but they were under serious pressure and when sub Kevin Barry Murphy bagged a goal for Cloughduv in the 61st minute they showed 2-12 to 0-17 in front.

John Fitzpatrick rescued Dunnamaggin with a 62nd minute point to force the match into extra time.

The scores were level twice during the first period, and at the next rest it was all square - 0-20 to 2-14. However, Dunna' had to be grateful to goalie, Seaghan O’Neill who brought off a spectacular save from Kevin Barry Murphy right on the whistle.

The winners opened the last period of the match smartly. Points from Thomas Maher (65) and John Fitzpatrick helped them settle, but Cloughduv hung on and hung on. The losers hit back for a point from Mark Walsh, but then conceded what turned out to be the winner to Maher.

In the dying moments Kevin Barry Murphy claimed the losers last point only seconds after Dunnamaggin had missed a goal chance at the other end. Time ran out on the Leesiders as a replay looked a real possibility.