Presenting Percy all set for big return in Gowran Park 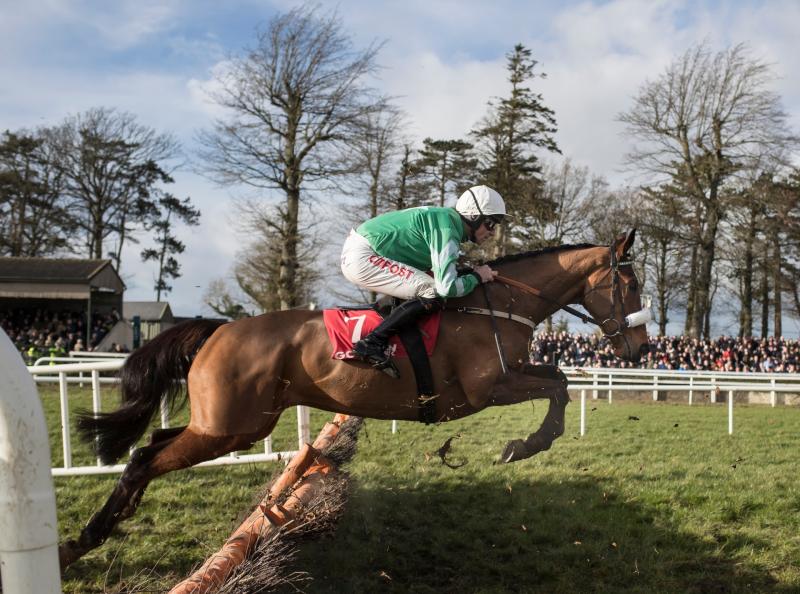 Successful in the race last year but absent since winning the Grade 1 RSA Insurance Novices Chase at the Cheltenham Festival in March, Presenting Percy missed out on a couple of early season targets with connections keen to wait for soft ground.

And with the ground at Gowran Park described as soft, yielding in places, the Pat Kelly-trained eight-year-old is set to return and will be ridden by regular partner Davy Russell.

He heads a strong line-up of 12 horses that includes the Willie Mullins-trained Limini, Bapaume and Killultagh Vic and a quartet from Gordon Elliott featuring Mala Beach and Prince Of Scars. Joseph O'Brien has declared Darasso, the mount of Mark Walsh.

A full field of 18 runners and three reserves has been declared for the Goffs Thyestes Chase. Monbeg Notorious gave Gordon Elliott his first success in the race 12 months ago and he again features in the Cullentra trainer’s team while Willie Mullins has Invitation Only and Some Neck among his contingent. A winner with My Murphy in 2016, Liam Burke will bid for further success with Sumos Novios while Pat Kelly calls on Mall Dini.

Eddie Scally, General Manager, Gowran Park Racecourse, said: "We are delighted to have the Gold Cup favourite here and the race looks like being a good test for him.  Overall its a high-class card and we are grateful for the support that owners and trainers have given Gowran Park on our big day, we can't wait for the action to begin.  Gates will be open at 11am."