Grincell double brings that winning feeling back for 'Booters 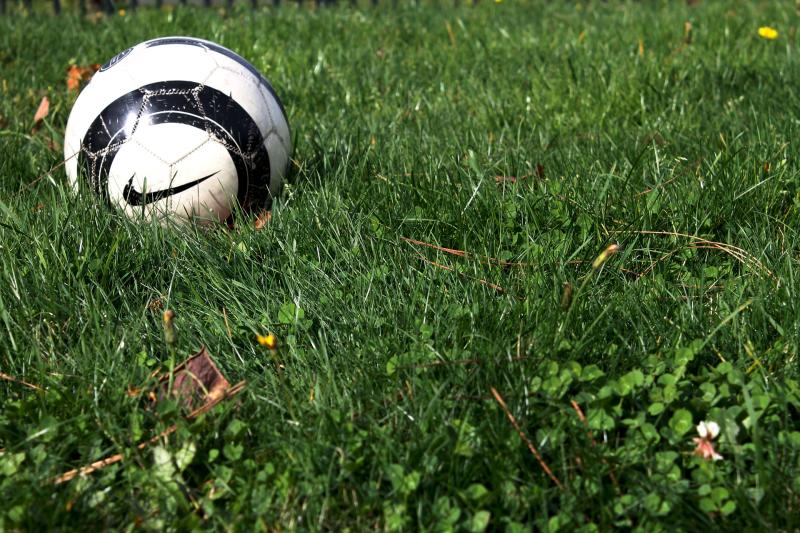 David Grincell was the toast of the Fair Green as Freebooters A finally got 2019 into the right gear.
A wretched run of form saw the city side lose their unbeaten record in the league, not to mention crash out of both the FAI and Leinster Junior Cups, but they will hope to have turned the corner after beating Premier Division title rivals Thomastown United 2-1 on Sunday.
It wasn’t all plain sailing for ’Booters. Andy Kavanagh struck the opener in the first half for the visitors, who knew a win would bring them back to the top of the table.
The goal seemed to add to the misery for Freebooters, who hadn’t won a game since the end of 2018 and were keen to arrest their recent slide. In a week where they lost Emmet Nugent and Paddy Cahill to League of Ireland side Wexford FC, they knew everything would hinge on their second half performance.
The home side fought hard after the restart, getting their reward when David Grincell levelled matters before the hour.
Boosted by that goal, ’Booters went looking for another – Grincell duly delivered, handing the city side their first win in three attempts.
With Evergreen A beating Clover United 4-0 in Rathdowney the table has altered at the bottom – but not the top.
Fort have slipped to bottom, one point behind Evergreen, but at the summit it’s still Highview Athletic who hold pole position. The Graig men are one point clear of both Thomastown and Freebooters, with all three on seven games apiece.
make up ground
With leaders Bridge United A not in action it was up to the rest of the chasing pack to make up ground in Division One. Freebooters B cemented second place thanks to a 5-1 win at home to Spa United.
The Blues hit the ground running, taking an early lead through Charley Deegan and Ethan Butler. They moved closer to all three points when Deegan added his second.
Freebooters stretched their lead to 4-0, but while Jason Dermody pulled a goal back there was nothing the Johnstown men could do to reel in the long-time leaders, who now sit on 19 points in second place.
Evergreen C eased their relegation worries with a 2-1 win away to bottom of the table Thomastown United B.
That result saw the city side leapfrog Spa, who slip to second from bottom, and Callan United – they were beaten 2-0 away to Stoneyford United on Sunday.
All Change
It’s all change in Division Two where the runaway leaders Newpark A have been reeled in by their title challengers.
East End United did their championship hopes no harm when they beat Brookville 5-1 in Ballyragget. Mick O’Neill and Paul Murphy, scorers in last week’s 2-1 win over Castlewarren Celtic, were on target again as the Bennettsbridge side racked up their fourth straight win to go top of the table.
The duo scored a goal apiece in the first half and dominated it in the second. O’Neill ended up with a hat-trick, Murphy chipping in with two, as they moved a point above Newpark.
The reason for the change in positions came after Newpark slipped to their second defeat in a row. Unbeaten until last week’s 1-0 loss to Freshford Town A, their short trip to Garringreen proved fruitless as city rivals Ormonde Villa scored a 2-1 win.
Elsewhere it was a day to celebrate for River Rangers, who scored their first home win of the season with a 4-2 result against Evergreen 46.
The Kilmanagh side didn’t make it easy on themselves and seemed to be heading for their sixth straight loss at home when trailing 2-1.
However, a hat-trick from Ben Hayes turned the tie on its head, adding to Brendan Burke’s goal, as they picked up all three points at Clonard Park for the first time.
race picks up pace
The race for the Division Three title shows no signs of slowing down as Paulstown 06 gained ground on leaders Bridge United B.
Keen to keep their winning run on a roll, Paulstown travelled to Graignamanagh for a meeting with Highview Athletic B. They had to work hard to get the result but picked up their eighth straight league win thanks to a Cian Cassidy penalty, with Cathail Power and Stephen Ramsbottom also on the scoresheet.
Tullaroan did their promotion hopes no harm as they moved into third place with a 3-0 win away to Newpark B. A brace for Alan Ivors plus one from Martin Dermody did the trick for Tullaroan, who made it three wins from three.
Most impressive is how Tullaroan have found a goal-den touch to earn those victories – they’ve scored 16 goals in the last three matches!