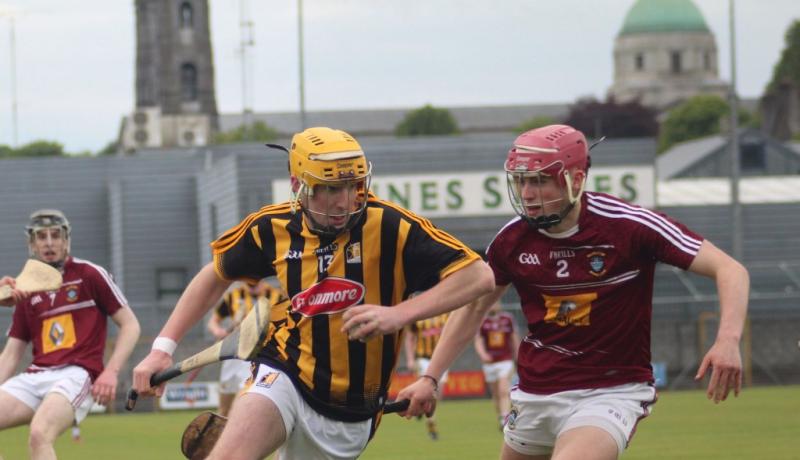 Billy Ryan was a big performer for Kilkenny

This is how it begins. It is the last Sunday in January. It is the opening game of the National League.
It is cold. It is windy. Such occasions do not conduce to Harlem Globetrotters fare - sure enough, there are misplaced passes and poor striking and wrong options taken - yet they also constitute conditions in which it’s hard to make a reputation but easy to damage one.
In the event, few of the young men in stripes did themselves harm at Nowlan Park on Sunday. A side that contained only six of the XV that started against Limerick last July performed reasonably well and won. Job done. On to Ennis next Sunday.
Given that supporters wouldn’t have complained too much had Kilkenny lost, nobody is likely to be getting carried away simply because they won. Cork were almost as short of big names as their hosts were and they forced Eoin Murphy into one save – yes, just the one – over the course of the afternoon. Viewing it through that prism, Brian Cody’s charges managed no more than they ought to have managed.
Tranquilliser Gun
Billy Ryan’s goal early in the second half acted as a tranquiliser gun. It meant that the Leesiders would have to score at least one goal themselves to be in with a shout of turning things around. It took them until the 59th minute to work Murphy, and even then the All-Star custodian was equal to Patrick Horgan’s rising shot. That was that.
None of this came as a surprise. Cork aren’t a goalscoring team and haven’t been for a long time. The modern Cork forward stays outside his marker, stands off him and takes his point. It keeps the umpire on the white flags busy but it doesn’t make for game-breaking goals.
It is for this reason that the jury will remain out on Huw Lawlor for a while to come. He was barely tested in and around the goalmouth, though he did manage one nice piece of housekeeping shortly before half-time, getting over the sliotar and clearing his lines. Also on the plus side, his catch and pass to James Maher led to Ryan’s goal. On the minus side, he was turned by Declan Dalton in the prelude to the Horgan opportunity. But these things happen to a full-back.
Although Ger Malone was desperately unfortunate to go off injured after 18 minutes, Kilkenny didn’t suffer. His replacement, Richie Leahy, may not have hit the heights he reached at times last year but he brought a new dimension to operations nonetheless.
pierces opposition
Leahy is like a surgical instrument. He pierces opposition half-back lines, turns them around and takes the shortest route to goal.
John Donnelly did his bit too. The Thomastown man doesn’t cover the acreage Leahy covers but that’s not his job. He stands his ground, he’s strong under the dropping ball and he has an accurate shot. What’s not to like?
Elsewhere nobody in stripes was spectacularly bad. A few performed indifferently or failed to stand out. Most of the others did their bit and no more. The points from the half-back line demonstrated a welcome willingness to have a cut. And if there was one player above all who’ll have thrilled the boss, it was Billy Ryan.
Last year Ryan operated in the full-forward line. Here he was given the responsibility of leading the attack and he did the job manfully. Not everything he tried came off, but he was always there showing for the ball, making it stick and either taking on his man or laying it off to a colleague, as he did so neatly and quickly for Leahy’s goal – a clever variation and a dash of the unexpected.
Leading Man
Sprung from nowhere to start the 2018 Leinster final, Ryan was necessarily a cast member without many lines to utter. The speaking parts up front belonged to TJ Reid, Walter Walsh and the other old hands. On Sunday, however, he was handed the role of leading man. His was a highly promising first outing in the job.
This is how it began for Kilkenny in 2019. How it will end, we can only hope to be alive to witness.