Clare take spoils in Ennis, but Kilkenny push them all the way 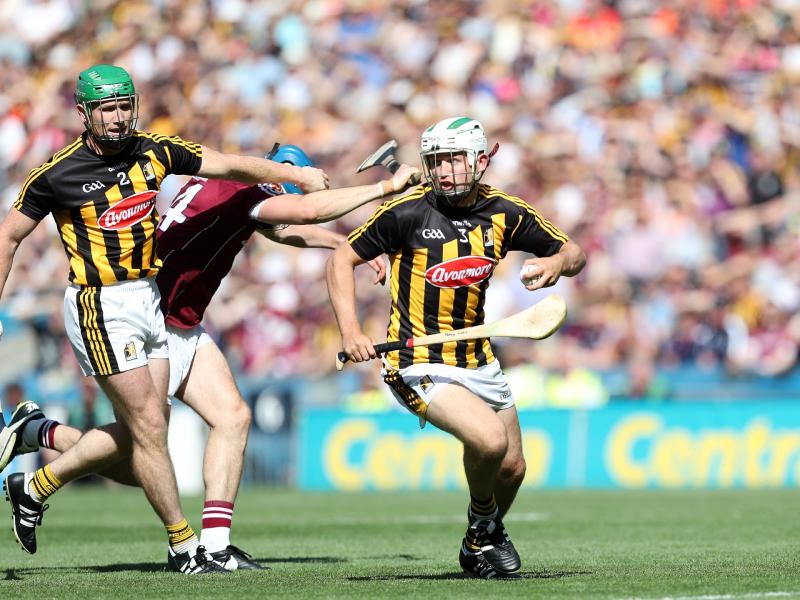 A 75th minute goal from a 20 metre free by top scorer, Kevin Kelly, wasn’t enough to save Kilkenny from defeat after a battling performance against Clare in the Allianz National Hurling in Ennis today.

When Peter Duggan pointed a 65 and Gary Cooney added another minor in the 64th minute to leave Clare 2-19 to 0-20 ahead, they looked set to ease to their first victory.

However, things became slightly complicated after that as Kilkenny kept up a strong chase. Kevin Kelly converted two frees for the visitors before free taker, Peter Duggan had a score at the other end.

Kilkenny continued to chase, and a late foul on Billy Ryan earned them a free from 23 metres right in front of goal. Kevin Kelly had a go and scored a goal to take his personal tally to 1-11, and cut the gap to the minimum.

The final whistle was blown after the puck-out. Despite the late scare, it has to be said Clare deserved to win, but this was a good effort from Kilkenny and it could be argued that the experience might be of more value in the long run than the winning effort against Cork the previous week.

Clare’s running and ball carrying game caused the visitors a lot of problems, and their strength in the tackle was an advantage in some sectors too.

Kilkenny started well and twice they led during the opening stages. They created the first chance of a goal in the eight minute, but Ger Aylward’s whistling shot from the left came back into play off the near post and the ball ran across the face of goal.
At that stage a Kevin Kelly point (free) divided the teams (0-3 to 0-2). The visitors improved their position when Ger Aylward added a quick brace by the 12th minute.

Clare hit back for a point from Ian Galvin, and then on 14 minutes John Conlon pounced on a ball broken on the edge of the Kilkenny square by Colin Guilfoyle to sweep a ground shot into the net (1-3 to 0-5).

The home side tried to bring their running game into play at every opportunity, creating space in front of goal for strongly built full-forward, John Conlon to try and exploit. The Clonlara man enjoyed a bit of joy as they opened out their biggest lead of 1-6 to 0-5 in the 19th minute.

Kilkenny full-back, Huw Lawlor, stuck with his task well, and he grew more assured as the Cats finished the half in promising fashion. Lawlor continued to improve throughout the second half, and he had every right to be happy with this showing, which was gutsy and promising.

Points from Kevin Kelly, Conor Delaney, James Maher and Billy Ryan helped the Cats cut the deficit to 0-9 to 1-8 at the break.

Clare opened the second half by shooting three points per Colm Galvin and Peter Duggan to improve their postion to 1-11 to 0-10. Kilkenny were chasing all the way after that, and they nearly got there.

Another big plus for Kilkenny was the return to defence of Padraig Walsh, who marked his return by scoring a long range point.