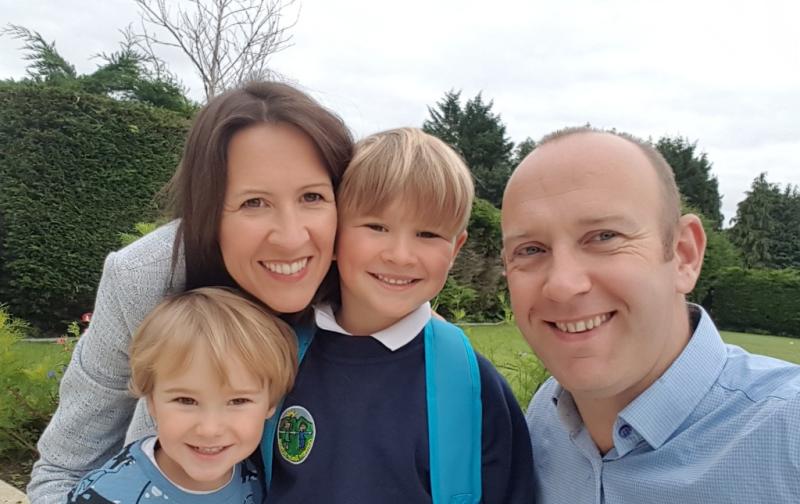 Jimmy Lacey, his wife Julie-Ann and sons, Danny and Tim