Even in darkest hour Dunnamaggin optimist saw Croker on horizon 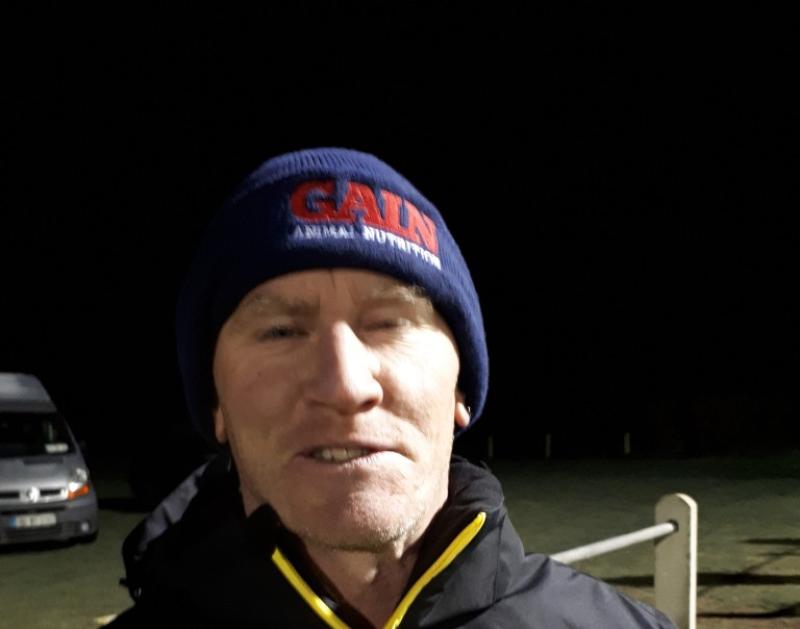 The optimist who suggested in Dunnamaggin’s darkest hour in 2017 that they could end up as All-Ireland club junior champions come 2019 could yet see her prediction come true.
The day in Danesfort in late 2017 when Dunnamaggin lost the replayed intermediate relegation final to St Lachtain’s (Freshford) that cast them down to the junior hurling division was a blessing in the eyes of one female follower.
“There we were after losing to St Lachtain’s and all our hearts were down, but this woman suggested - ‘look on the bright side, we could be junior All-Ireland champions next year on account of this’. You known what, she could be right,” laughed former chairman, Dick O’Shea when he recalled that dark day and bright comment.
“Little did any of us think of that at the time. Now it is a real possibility. We have to assume we have a great chance in the final, but that could be the rock we will perish on. Still, it has been a big climb from relegation to Croke Park.”
The man who stepped down recently after a two year reign admitted that Dunnamaggin had been hanging on for three or four years at intermediate level waiting for the next wave of young players to come through to feed the top squad.
“This run in the junior championship might fast track progress for us,” the club stalwart continued. “The players have been hurling all year, and that is bound to improve them. There are two rounds of the intermediate league in April, so they should have an edge in fitness on other clubs.
“Having the club colours flying in Croke Park is a dream come through for us all. I never thought it would happen. It is the aspiration of every club.”
Current chairman Jim Hickey, who was part of an all Hickey full-back line in 1997 when Dunnamaggin won the Kilkenny senior championship - 2 Jim, 3 Tom and 4 Noel - said heading to Croke Park on Sunday was just great.
Never won anything
“Who would ever have thought something like this might happen for us,” he asked with fair delight. “We have one player, Darren Fitzpatrick, who is 30 and he won his first medal ever last year. There was no medal at under-age. Nothing. Now he will play in Croke Park. Isn’t that wonderful?”
Jim admitted that after relegation in 2017 the mood was low, and there was a fear that a lot of players would give up.
“A huge factor in our recovery was that our under-age section was very good,” the chairman pointed out. “After Denis Walsh and John Fitzpatrick took over as chairman and secretary of our Juvenile Club they set up a great under-age section.
“They put in a great structure. Their efforts are paying dividends now. Young lads aged six and seven were introduced to the game. That is where things begin, not with All-Ireland finals in Croke Park.
“We have won a lot - in 2017 we won minor B double; a minor league A last year. Last season our under-21 squad enjoyed a great run at A level. We won two under-11 cups at schools.
“Maybe going back junior might have been the best thing that could have happened to us. It gave the younger players a chance to find their feet at adult level. These guys have a whole winter of hurling behind them now, and they should be better for that.”
He insisted the work being put in by everyone in the club, and he mentioned secretary, Áine Walsh and treasurer, Philip Tallon, as examples, was simply tremendous. Team manager, Eamon Kennedy, who worked previously with the under-21 team has also worked a bit of magic.
“Our problem before was we didn’t have numbers,” Jim continued. “This is the first year in a while we had players coming through from minor. They are putting pressure on others. Contesting an All-Ireland final can only be good for the club.”
Team selector John Ryan, son of the legendary Tom Ryan, played at left half back on the first Dunnamaggin team to win the junior championship in 1994.
“What the boys achieved last year was fantastic,” he said with obvious delight. “The All-Ireland semi-final against Cloughduv was out of this world. That took everything to win - hurling, will, honesty.
Produced big
“We knew there was an awful lot in the players, because they have produced big all last season. With 30 seconds to go the right man got the ball, John Fitzpatrick, and he put it over the bar. Our fitness is top notch, and we can thank trainer, Martin O’Brien (Carlow) for that. He is a great man.”
He reminded that Dunnamaggin started training on January 19, 2018. They even trained in Dunnamaggin on St Stephen’s Day.
“That tells you how badly the players want this,” John continued. “They enjoyed Christmas, but it was back to hurling work straight away. They want to win this All-Ireland for the parish, themselves and everyone connected with the club.
“For me it is wonderful to be involved. I have one regret, that I am not playing. I have the next best thing, being involved as a selectors.
“There is a major final chapter to be written in the Dunnamaggin book of hurling, and hopefully on February 10 these lads will write it in Croke Park.”