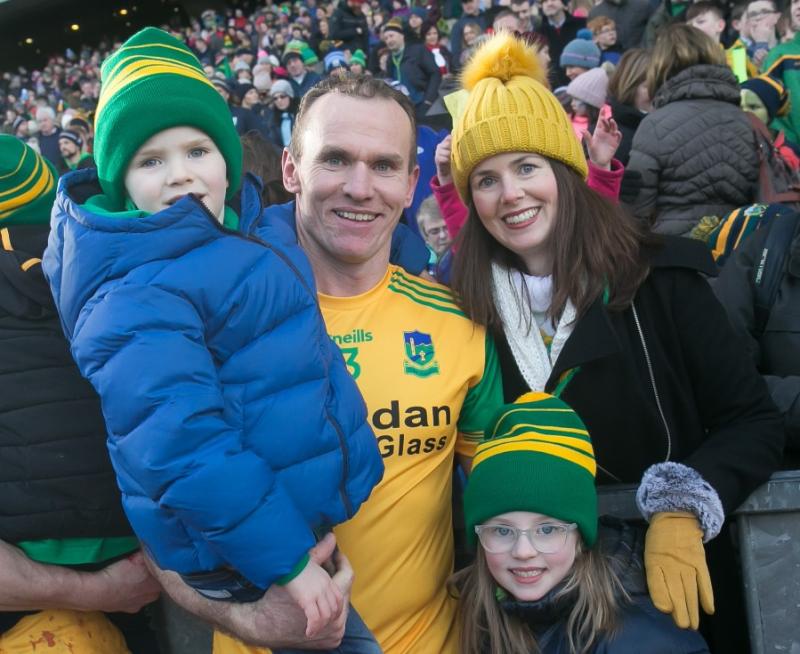 He wouldn’t have been any happier had his numbers come up in the Lotto, and Noel Hickey was savouring the moment.
Victory in Croke Park....again. And with his club and home folk.
An 11th All-Ireland medal to go with the nine won at senior level during a distinguished career as a full-back with Kilkenny, plus the one won as captain of the under-21 team in 1999.
The walls of the Croke Park dressing-room area could barely contain the broad, bright smile on the face of the battling 38-year-old.
“That was brilliant,” were the first words out of the mouth of the beaming Dunnamaggin full-back following their nerve testing, hard-earned win over game Castleblayney (Monaghan) in the All-Ireland club junior hurling final in Croke Park on Sunday.
“I thought I had finished here in 2012 when I got a few minutes for Kilkenny in the All-Ireland final against Galway,” Noel recalled. “I knew in my head I was going to finish with county that winter.
“Back then I never thought I would be back again.”
So, what was the feeling as he ambled down to man the full-back position in front of the Hill 16 goal at the start of the match?
“I had to work hard to keep my focus,” Noel admitted. “I couldn’t let my thoughts drift to other times. This was an All-Ireland final. A game had to be won.
Magical
“Now that I am at this side of things and we have won, I have to say the whole day was brilliant, magical.
“To get to play here with the club was fantastic. It means a lot to me. For the lads who never played here and for everyone in the club, getting here was huge. Obviously winning together is brilliant.
“If we had lost it would have been a disaster. Winning the junior title in Kilkenny was great, but it would have been a downer on the season if we had been beaten heading into the intermediate championship.
“To win it the way we did made it better. Just to win it at the end was great. I suppose we didn’t play that well.
“That was a bit of a pity. It would have added a bit to it had we played well in Croke Park.”
Why was that, that it took the team a while to find its way we wondered?
“I don’t know,” came the quick reply. “The training was good. We were going well in training.
“We knew things weren’t happening for us, especially in the first half. Simple things were going wrong; trying to rise the ball, losing 50/50 balls because we weren’t contesting them hard enough. Our shooting was off. A lot of things went wrong.
“At half-time we just said we would have to get going. There was only two points in it, which is nothing in hurling.
“It was a battle the whole way. It was only during the last 10 minutes or so that we got on top. They drew the best out of us, forced us to push ourselves in chase of our game.
“They brought back a lad to act as a sweeper. That meant they weren’t going to be such a scoring threat, and we could push on more.
“Michael Cody and Victor Costello pushed up the field as we went for the win. We knew we were a good enough team to win.
“It was great, a wonderful feeling, to get there in the end. Looking at the season in its entirety, it has been terrific.
“Winning the county final was the goal at the start. It was smashing to win that.
Bonus territory
“Beyond that was bonus territory. Winning this will be a huge boost as we move on into the intermediate championship.
“I am really looking forward to the challenge of the intermediate.
“A few years ago when we were there we were under a bit of pressure. This time I think we will be competitive.”
Still a winner at 38. It must be a nice feeling?
“It definitely is, it definitely is,” he smiled again. “Once you are enjoying the hurling it makes life that bit better.
“And I am enjoying it. Going training with the lads and being involved in something like this takes beating.”