Nothing easy for Kilkenny in Tipperary and Wexford games 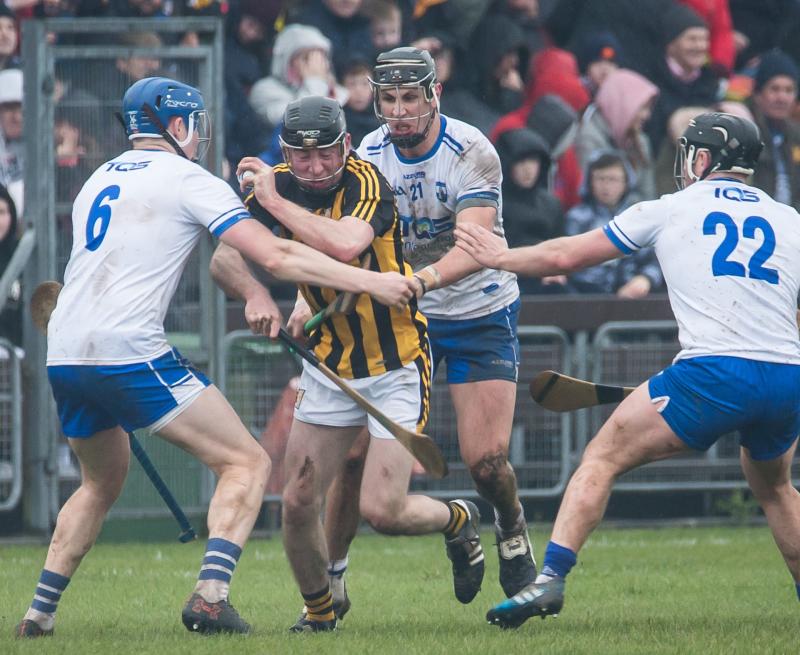 Conor Delaney is doing well with Kilkenny this season

Kilkenny were given a bit of a battering by unbeaten All-Ireland champions, Limerick, on Sunday, but still they are no worse off than they were in the National Hurling League this time 12 months ago.
After three rounds of the Allianz competition in 2018, the Cats had suffered two defeats against Cork and Clare, while they had beaten Waterford.
Yet they went on to win the competition!
This season the run of results are - beat Cork; lost to Clare and Limerick.
And with away matches to come against Tipperary in Thurles on Sunday and then Wexford, there is every chance they could still make the cut.
The litany of injuries is lengthening, with Conor Fogarty (calf injury) and Enda Morrissey (dead leg) joining Richie Hogan (back), Cillian Buckley (knee), Ger Aylward, Huw Lawlor and Bill Sheehan (hand) on the treatment table after Sunday's match.
“That will be another big game,” said Kilkenny manager, Brian Cody when reminded about the forthcoming engagement. “They are all big games. We have Tipperary and then Wexford.
“Talk about great matches. They are seriously tough.
“That’s fine. That’s a good thing to be getting.”
While Kilkenny lost two players in mid-match on Sunday, they were able to get more game time into newcomers, Conor Browne and Michael Carey, son of the great DJ, who made his senior debut.
Reality
“That is the reality for the moment,” Cody continued. “We are getting an opportunity to try a lot of players. We want to try them. All the lads who came on were decent.”
The two goals conceded to Limerick in the run up to half time “were huge”, was Cody's assessment of the goings-on against Limerick.
“The timing of the goals was serious for them. We had been going very well against the strong wind up to that. We had been very competitive. There was nothing in it.
“The two goals certainly set them up in a big way. That was it really; that was the difference. We fought back again to the end.
“There were lots of good things about our performance.
“The scoreboard doesn’t lie, but at the same time, there are plenty of positives despite the disappointment of the scoreboard being too much in their favour.
“Look, they are All-Ireland champions. They are a very, very good team.
“Like I said, while we started off well against the strong wind, the two goals, and the timing of them in particular, were strong.”
Asked to comment on Limerick's strong running game he said: “They are very good at it. They developed their game very well. They are the All-Ireland champions and they obviously moved on again from that.
“This is their third match in the League and they have been impressive. They are getting better in all their matches.”
He repeated that he felt Kilkenny set a very, very good tone from the start.
“I am not trying to make it sound better for us than it is, but I could go away thinking this is crazy, this is shocking, but it’s not. It is February.
“We are playing the best team in the country and there is plenty to learn from it.”
When asked was the loss of the Ballyhale Shamrocks players because of the club championship serious, he said he would love to have everyone who could be part of the panel available.
“But Shamrocks have a terrific opportunity themselves,” he reminded. “We won’t be looking to even see them between now and St Patrick’s Day.
“That is the way we have always done it. The players are in an All-Ireland club final, and that is their priority.”