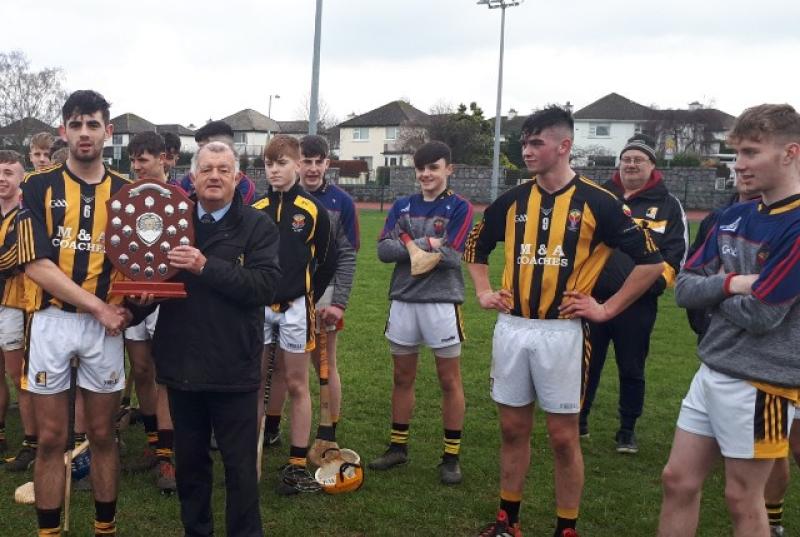 The star quality which has served Castlecomer Community School well all season was central to their charge into the Leinster post primary schools senior hurling Roinn B championship final.
The North Kilkenny outfit claimed the Rest of Leinster title when beating Coláiste Choilm Tullamore in a roller coaster decider, and now they go in search of the Leinster title proper they last won in 2003.

The final will be against St Benildus College (Dublin) in Hawkfield, Newbridge tomorrow (Friday) at 1.30pm.

“We didn’t make it easy on ourselves,” beamed team official, Pat Tynan, who shares the squad handling duties with Peter O’Donovan, a winner with the 2003 side, after Castlecomer saw a one time lead of 13 points cut to two before producing a late drive to victory.
Character
“I suppose we never do,” he added. “All the games we have played this season the team has shown great character, and it was the same today. Character was central to our victory.”
He recalled that during the campaign ’Comer were down against Coláiste Mhuire, Johnstown. They came back to win. Against Gorey they had to produce big again to win.
“Today going in at half time we were 13 points up,” he reminded. “The message was to keep the lads going, that there was an entire half to be played and Tullamore had the wind.
“Games can change and swing, but you really see what you have, what character the players have, when you are struggling in games. We showed there is serious character and characters in the group.
“We have sixth year students involved and this is probably the first time they have won a school championship. I’m delighted for them.
“They have given everything to the school for six seasons, and now they have a medal to show for all that effort.”
Castlecomer CS took a cold, hard look at things before the season began and decided to drop back from the Roinn A to B grade. The players were consulted.
Now the united effort to drive on Gaelic games in the school has been rewarded with a title.
“Hopefully these guys can leave even more on the mantelpiece for other players following after to aspire to,” said Mr Tynan, the Kilkenny GAA Coaching Officer.
Very competitive
“We were very competitive in the A grade. It was a tough decision to drop back. We consulted with the players before the decision was made, and they were part of the decision making process.
“Every day the aim is to improve. This performance was an improvement for us, definitely, despite losing the big lead and hanging on at the finish.
“We were on our knees during the closing minutes. We know what is in these lads. They have great heart, great determination. Character! This should boost confidence and is a fantastic achievement for the school.
“We have had to wait and work hard for a long time. When you are working with lads who want to play hurling, and who have determination, you can achieve big things.”